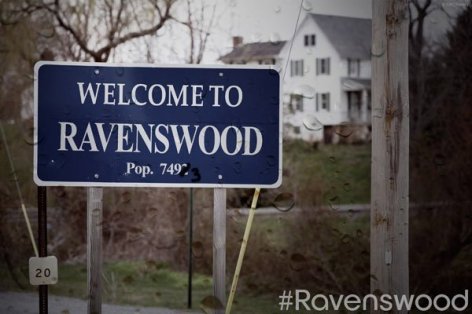 ABC Family’s ‘Pretty Little Liars’ is, after four seasons, getting it’s own spin-off.  The network announced on March 26th, that the mega-hit show would be getting a spin-off entitled “Ravenswood”.  Shortly after the announcement, the network offered a small trailer and the following synopsis:

“Not far from Rosewood, Pennsylvania (the home base of Pretty Little Liars) a deadly curse has plagued the citizens of a town called Ravenswood for generations, and the curse is about to strike again. Five strangers suddenly find themselves at the mercy of this fatal curse, so they dig into the town’s mysterious and terrible history before it’s too late for all of them.”

Show front-runner Marlene King is also keeping quiet on details, tweeting “We can’t tell you who’s in it yet.  Like Rosewood, Ravenswood has dark secrets. #Ravenswood.”

The cast and how Ravenswood will spin-off from Pretty Little Liars is not yet known with  Imdb.com is still yet to list the show in it’s database.

Along with this news, it was also announced that ‘Pretty Little Liars‘ was given the gift of an early season 5 order – before season 4 has even aired.  The show remains the number one watched program on the ABC Family network and easily maintains it’s targeted audience of the female 12-34 demographic.

How do you think Ravenswood will spin-off from Pretty Little Liars?