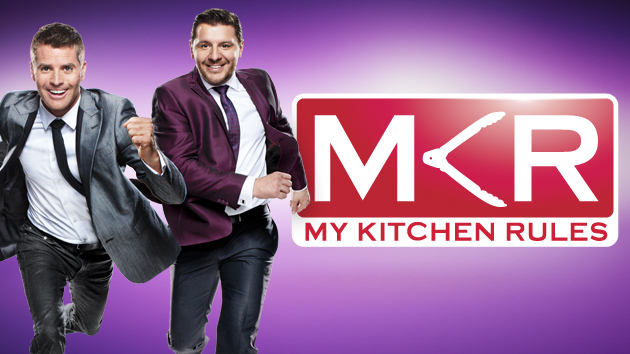 After a week-long hiatus, Channel 7’s ‘My Kitchen Rules‘ literally ruled the screen last night with a massive 1.92 million viewers tuning in to watch the first week of finals.

Channel 7 had been hyping a possible new rivalry between female teams Ashlee and Sophia from NSW and Jenna and Joanna from SA with multiple adverts during the shows week-long absence.

The reality-cooking show has been a major hit for the 7 network and has caused many uproars from viewers ranging from contestants who bully, contestants who are racially abused on social networking sites and contestants who don’t eat certain types of food (remember the I-don’t-eat-tomatoes-capsicum-chocolate-orange-girls?)

The show has also begun to hype up episodes showing ousted contestants fighting for a chance to make it back into the competition.