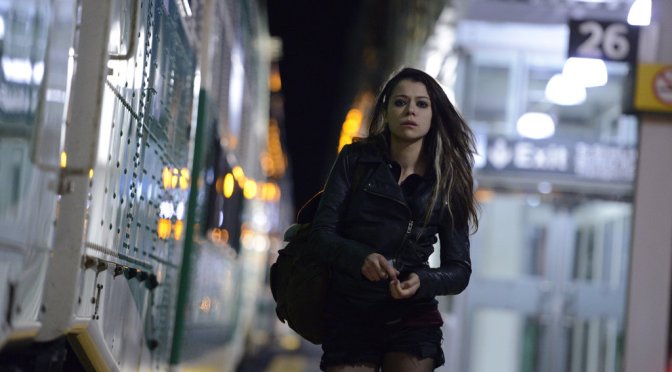 Mix the drama of Alias and Ringer with the action of Nikita and you have BBC America’s new action/drama/sci-fi show – Orphan Black.

The show follows Sarah, an outsider with personal and financial issues trying desperately to turn her life around only to have it completely change after witnessing the suicide of a woman who looks identical to her.  Sarah assumes the woman’s identity, bank account and boyfriend, only to find, this new identity may have more issues than her own.

The street smart Sarah must think on her feet as she’s thrust into an unknown world where she makes the startling discovery that she may actually be a clone, and if so, how many copies of her are there?  Sarah quickly finds herself caught in The middle of a deadly conspiracy and must race to find answers about who she is and how many others there are just like her.

While there are no ‘known’ actors in this show, it’s fast paced, well acted and will have you on the edge of your seat wanting more!

‘Orphan Black’ is yet to premiere on Australian screens, but currently airs on BBC America, Saturday nights, in the US.