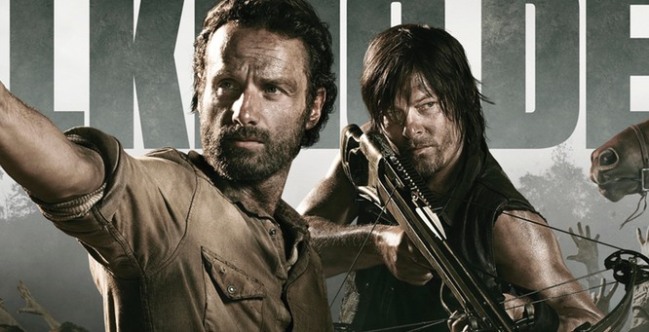 You know I love me some Walking Dead news!  Season 4 is now less than a month away, and we (me included) are literally chomping at the bit to get our hands on as much information as possible as to what to expect for this exciting fourth season.

First off, we’re getting a new major character, and she’ll be played by a very familiar face!  Christian Serratos (Angela Weber from the Twilight series) is joining the show as Rosita Espinosa, a gorgeous woman who resorted to prostitution as a way to survive in the zombie apocalypse.  Rosita, who is also featured in the Walking Dead comic book series, may also be joined by her comic companions Eugene Porter and Abraham Ford though no word if that’s actually happening.  It’s been reported she’ll be a recurring character during season 4 with an option to become a regular character for season 5.

Now onto the big stuff!  AMC seem to be in the spin-off business (after announcing the Breaking Bad spin off Better Call Saul) AMC also announced a Walking Dead spin off is in the works too.   Charlie Collier, AMC’s president and general manager, said, “Building on the success of the most popular show on television for adults 18-49 is literally a no-brainer. We look forward to working with Robert, Gale and Dave again as we develop an entirely new story and cast of characters. It’s a big world and we can’t wait to give fans another unforgettable view of the zombie apocalypse.”

It’s been hinted at, that the spin off series will be more of a companion series and will be set in the same time and world as The Walking Dead but will feature a new cast of characters.

While we’re on the topic, to get you excited, check out this new teaser trailer for the season 4 première!