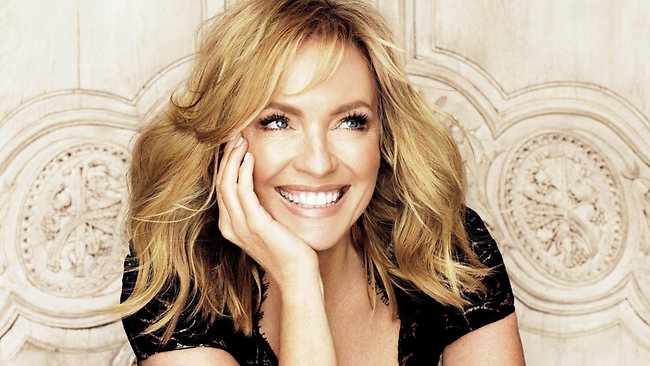 Check out the bits and pieces of interesting news from the world of television below in my TV Roundup!

Renewed: USA network Showtime have renewed thriller Homeland (airing Monday nights on Channel 10) for a fourth season! It’s no surprise with the show creating some of the biggest character and story line talk this year (I’m talking about you Dana Brody) but will be interesting to see who comes back if the rumors that Damien Lewis has been attached to a new show are true or not.  Showtime also gave it’s newest drama Masters Of Sex (airing on SBS) an early second season pick-up.

I’m Back!: Jane Hall is coming back to Neighbors!  It may only be in a short guest stint and won’t be seen until next year, but we can only imagine why her character Rebecca is returning to Ramsay Street!  You’ll remember, she tried to kill her husband Paul Robinson when we saw her last!

Actress Nadia Dajani confirmed with TVNOW this afternoon that she will be back for the second season of FOX8’s The Carrie Diaries as Tom Bradshaw’s girlfriend Deb and will be appearing in three episodes.

Also possibly back – Body Of Proof starring Dana Delaney.  The ABC network in America cancelled the medical/police drama earlier this year but may already be regretting it’s decision.  New shows Betrayal (which is god awful) and Once Upon a Time – two shows filling the old time-slot, have been rating extremely poorly (making up about half the audience Body Of Proof used to bring to the network).  There’s still no official word, or who will actually make the return.

New Aussie Drama: Channel 7 announced it’s 2014 line-up announcing that TV favorite Rebecca Gibney will be making her return to series television after the end of Packed to the Rafters.  In a show which feels very similar to that of UK drama The Fall and starring Gillian Anderson, Gibney will be seen in The Killing Field as the head of a special police task force sent to a small country town to investigate a shocking crime. The team must delve into the closed lives of a seemingly quaint hamlet in order to find and outwit a killer.

Channel 7 also announced it has picked up one of my favorite new comedies – The Goldberg’s set for airing next year!

Ratings Hit: It was a massive night for the ABC last night with The Gruen Planet nabbing over one million viewers while Ja’mie: Private School Girl grabbed 925k viewers.  Overall, last night showed lower than normal viewing numbers with only three shows hitting that all important one million viewer mark.

On the opposite scale, in America, Marvels Agents of S.H.I.E.L.D continues to drop in ratings with the latest episode hitting an all time low of 8.6 million viewers.

On Hold: NBC have put comedy Parks and Recreation on hiatus.  The show will still air four remaining episodes (in two lots of back-to-back runnings) in November and then returning in Jan 2014.  Season six will also see regulars Rashida Jones and Rob Lowe both depart the show.  Word has it, the hiatus was put in place to try and help bolster ratings for sinking comedy Sean Saves the World.