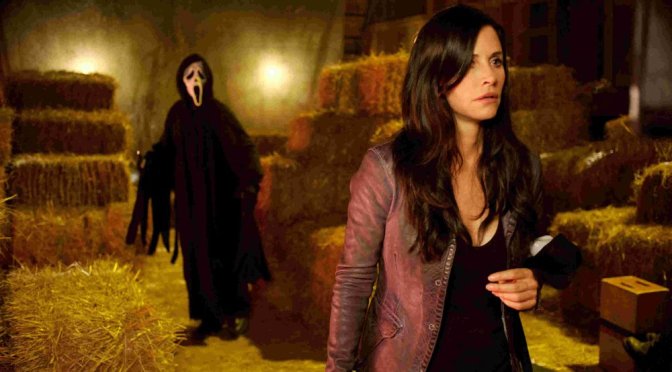 While the idea of ending the Scream movie franchise with a 5th installment is still being bounced around, it’s been revealed that the MTV small screen version will have no real overlap with the movie series as Harvey Weinstein noted that the series will be a new beginning for the franchise, pursuing a supernatural theme (i.e that Ghostface may actually be a ghost).

While originally there was some thought the series could be turned into a police procedural with Criminal Minds writers Dan Dworkin and Jay Beattie penning the script, Weinstein made it clear that was not the case.

While the supernatural elements worked well for TeenWolf (another series based off a movie) the whole premise behind the Scream series presented no supernatural themes at all.  Scream fans might scoff at the thought of adding actual ghosts into what has been a traditional horror franchise grounded in reality.  That said, launching a series with the Scream name but a very different tone and direction probably makes a lot more sense than trying to make what worked in the movies function in a TV show as well.

No actors have been attached to the project and MTV are still to announce a series pick-up.