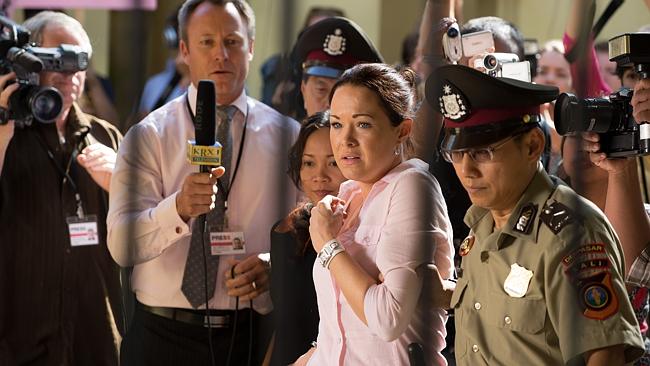 Earlier this year I wrote about Channel 9’s plans to bring to our televisions a telemovie based on the highly controversial story of convicted drug mule Schapelle Corby.  To date, it still remains one of the most read posts on TVNOW and the topic still brings out the divide between Corby’s supporters and non believers.  Now, new details have emerged on what we will be seeing when the telemovie airs next year.

Based on the arrest, trial and conviction of Schapelle Corby in 2004-2005. A 27-year-old beauty school drop-out from the Gold Coast, Schapelle, played by actress Krew Boylan, was arrested at Bali airport with 4.2kg of marijuana in a boogie board bag. At first, Schapelle’s arrest was barely noticed by the Australian media, but once photographs were published it sparked a media frenzy and attracted a cast of colourful characters who came to her aid, including sister Mercedes (Jacinta Stapleton), mother Ros (Denise Roberts), father Mick (Colin Friels), and her ‘white knights’ mobile phone mogul ‘Mad Ron’ Bakir (Les Chantery) and Gold Coast lawyer Robin Tampoe (Vince Colosimo). Also prominent in her story are Foreign Minister Alexander Downer (Francis Greenslade) and Australian Federal Police boss Mick Keelty (Michael Croaker). Schapelle avoided the death penalty but was sentenced to 20 years in Bali’s notorious Kerobokan Prison.