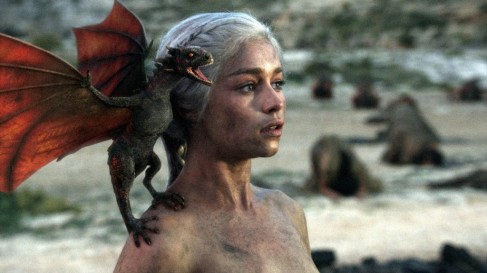 HBO have finally and officially released the date for the highly anticipated start of the fourth season of Game of Thrones  based on the A Song of Ice and Fire novels by George R.R. Martin.  HBO have penned in Sunday April 6th with Australian viewers with access to Showcase via Foxtel will have it fast tracked for a Monday April 7th start.

So while we have an official start date, fans are still hanging to get a glimpse of what is coming up as no trailers have been released.  To give a fans a little taste, HBO shared four video clips via their official vine account – all taken from the season 4 trailer which is due to drop on Sunday Jan 12th.  Check out all four vine clips below!

The end of series three left viewers reeling after its bloody ‘Red Wedding’ episode saw the demise of a few key characters and remains one of the most talked about episodes to date.  Filling the gap will be a host of new faces, including Sherlock co-creator Mark Gatiss who joins the cast as Tycho Nestoris from the Iron Bank of Bravos, and Torchwood star Indira Varma as Ellaria Sand. Season four is expected to look at the second half of A Storm of Swords, the third book in George R.R. Martin’s ongoing A Song of Fire and Ice series. The first half of the book formed the show’s third season, which came to a head with the murder of three main characters in that brutal and shocking “Red Wedding” episode.

And while on Game of Thrones, the show took out the (somewhat) coveted title of being the most illegally downloaded show of 2013 beating out Breaking Bad and The Walking Dead.  According to TorrentFreak, the three shows all made the top three spots but the spoils of Game Of Thrones was too hard to beat for a second year in a row – the Red Wedding episode was downloaded more than 5.9 million times!