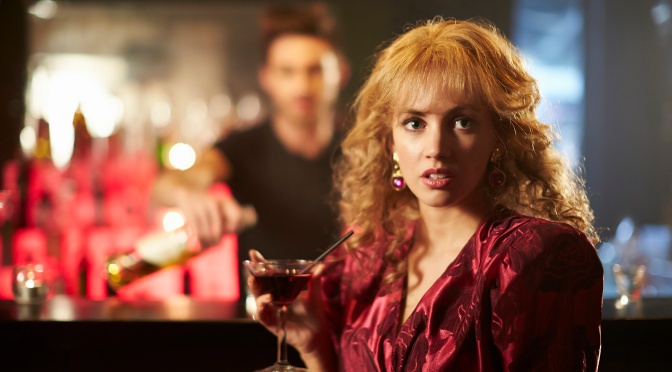 I’m going to start this off by saying I’m not an INXS fan.  Well I am, but in the ‘I really like New Sensation’ type of way.  When INXS were in their prime, my music tastes were in a completely different direction (I grew up with Fleetwood Mac and Abba and moved onto Madonna and Belinda Carlisle) and while I obviously knew who INXS were and the music they were bringing out, it’s only just recently that I’ve come to really appreciate the music the band created and understand the turmoil that came from it. I’d expect Kick, Live at Wembley Stadium 91‘ or The Very Best to not only appear in the iTunes/Aria charts, but stay there for some time as fans, new and old, connect with INXS.

So as someone who didn’t really know the story behind one of the biggest bands in the world, what we learn in part one of Never Tear Us Apart is not only intriguing, but interesting and heartbreaking.  While I might not have known about the bands beginnings or known much about the band during their prime, this is a story in which everyone knows the ending.  From the bands early beginnings, dodging beer cans and restless crowds to songwriter Andrew Farriss’ (played by Andrew Ryan) deep fears of failure to how INXS’s manager CM Murphy (Damon Herriman) took charge of the band and delivered them to the world stage.

Now, to say if Michael Hutchence had half the charisma that Luke Arnold portrays him to have had, then it’s no wonder that Michael not only nabbed women like Kylie Minogue and Helena Christensen, but was also able to front one of the biggest bands in the world and do so with an unhinged flair.  Luke Arnold, is, for better use of the word, incredible.  A scene early on which sees Michael Hutchence ‘taking charge on stage’ in nothing but a pair of tight jeans and a white singlet, busting out signature moves akin to that of The Rolling Stone’s Mick Jagger, screams ‘I am playing Michael Hutchence’ and you believe him.  He’s got the look, the swagger, the sound, the resemblance is eerily uncanny.

What Never Tear Us Apart is, is an evolving storyline, growing from the small covers band known as The Farriss Brothers to the hard working and chart dominating INXS to finally, the Michael Hutchence story.  Told in flashbacks yet opening the movie with the band about to play a packed out Wembley Stadium, we see just how this bands evolution came to be.

Hutchence’s first meeting and relationship with a young Kylie Minogue is also given a look in this first part showing with singer Samantha Jade giving an honest yet shy portrayal of ‘our’ Kylie.  That stage between leaving the security of Neighbours and heading into the world of pop music, Kylie’s sweet, bubbly and all-girly persona are nailed by Jade, giving us an insight into the beginnings of what would become one of the most talked about celebrity relationships of the 1990’s.

Never Tear Us Apart, part one, celebrates the high’s and triumphs of INXS’s career.  The parties, the booze, the women, the drugs, the successes, the first number one single in France, the domination of the band in America and how Kick became the bands biggest selling album.

I for one, cannot wait to see part two!

Part One of Never Tear Us Apart airs this Sunday, 8:30pm on Channel 7.

One thought on “INXS: Never Tear Us Apart. Part One Reviewed”