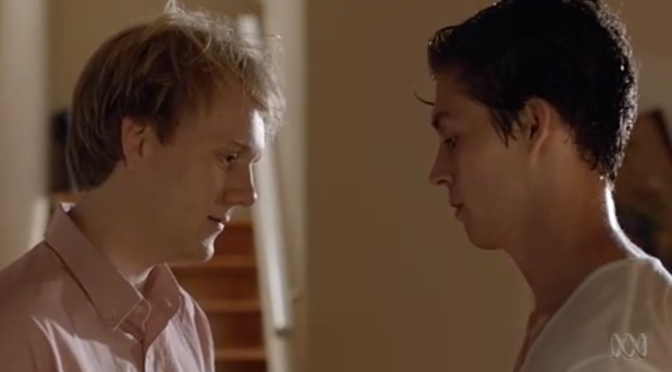 As noted back in August last year, Josh Thomas and his quirky and awkward comedy Please Like Me, will be back for a second season all thanks to a partnership between the ABC and Pivot TV in America.

Working together with the ABC, Pivot TV announced that season two is expected to air in August this year – both in Australia and the US with 10 brand new half hour episodes.

In the first season, Josh was dumped by his girlfriend, gained and lost a boyfriend, came out to his parents, lost his eccentric great aunt, and moved back in to live with his bipolar mother after her suicide attempt. In season two, Josh tries to get through the day without upsetting anyone, while the new season also welcomes a new dog, a new rabbit and a new baby.

“We are so proud to be working with Josh and the incredibly talented team behind ‘Please Like Me’ and can’t wait to get started shooting the second season,” said Pivot Executive SVP, Scripted Programming Holly Hines back on Jan 11th. “His voice and experiences represent this generation like few others right now and we were thrilled to see how others fell in love with the first season just as much as we did.”

While season one was slow to find fans, the coming-of-age comedy has received critical acclaim in the U.S. and Australia and named one of the “Best TV Shows of 2013” by publications including Entertainment Weekly, The New Yorker, Time Magazine, the Los Angeles Times, and The Atlantic.
Read more

Production of season two of Please Like Me began here in Australia last month.