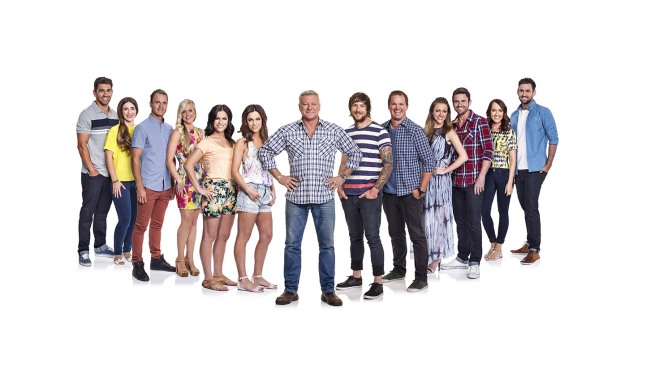 From Steve taking to social media to vent his frustrations at the editing to Alisa and Lysandra threatening to walk off the show, this season of The Block: Fans Vs Faves certainly has offered up some shocker moments so far, but last night, one of the biggest shocks to hit The Block came to light – The Block may not be able to sell!

So why might The Block be unable to go to auction?  Waterproofing.  Turns out, Brad and Dale’s water-proofer is refusing to sign off on the job done on the boys first bathroom because he personally, did not finish the job and therefore, cannot certify it meaning not only can Brad and Dale not legally sell, but because the entire building falls under a single occupancy, none of the other contestants can sell either.

“Your water proofer has sent me an email about your water proofing and he’s not going to certify it. He reckons he wasn’t able to do a second coat, so he won’t provide us with a certificate, which means we can’t actually sell your apartment or any of the others” said Foreman Keith in last night’s episode.

It seems (from what I could make out), the boys water-proofer did a coat of proofing and agreed that Brad and Dale could do a top coat so as the job could be brought up to time for when the tilers came.

As Dale pointed out – “He was happy to be paid, he took payment.  I don’t know what irritates me more out of this, the fact that he came and did the job and received payment for it. We mentioned at the beginning of the job don’t take it unless you’re going to certify it.”

After a bit more prodding from Keith, contact was finally made with the elusive water-proofer who agreed to only certify the coat he did and none of the work Brad and Dale had completed – basically certifying a coat under a coat.

The show ended with Keith saying “We need that little piece of paper, otherwise we’re in a big pickle.”

The Block: Fans Vs Faves continues tonight, Channel 9 at 7:30pm