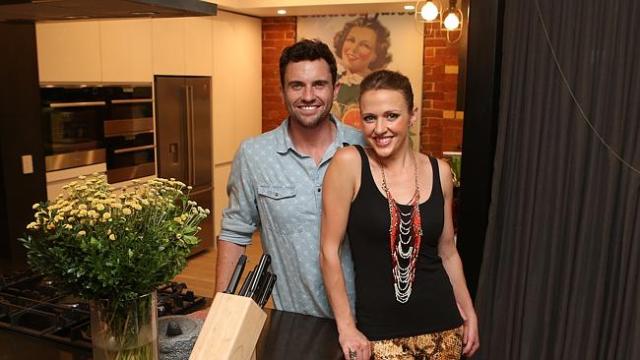 So when I wrote my first letter to The Block’s Chantelle back in Jan this year, little did I know that letter would become one of the most read posts on TVNOW to date.  It is with that, I thought I would write a follow up letter to Chantelle, that it turns out, is more of a letter to Chantelle about Steve.

Dear Chantelle from The Block Fans vs Faves,

We’re nearing the end of your journey on this current season of The Block: Fans vs Faves, and I must say, I may have unfairly judged you in my original letter to you.

You see, we didn’t really know you that well and first impressions were not that great and I feel my dissatisfaction towards the results of those elimination rounds (where yourself and Steve made it through to The Block) was unfairly directed towards you.  Spotlight shopping and Winnie The Pooh cushions aside, you have proven yourself to be quite the competitor on The Block.

You know (mostly) when to step up and get the job done, when to step back (hello Keith), have provided some interesting and pleasing design choices (living/dining) and have no qualms about using a buzz saw or getting your hands dirty.

This is where I now go back to that whole ‘misdirected issues’ part I mentioned above.  See, you seemed to have done quite well on The Block and during the elimination round and early weeks, you were front and centre leaving others to really sort of forget about your partner in crime, that of course, being Steve.

If you look at my original letter, I used the words “Steve, I think, is just along for the ride” and it’s funny, now almost 10 weeks later, that statement still rings true as when I wrote it back in January. Steve may and well put his representation as  whiny, lazy and completely clueless down to bad editing but to be honest dear Chantelle, I don’t think many people like him and his childish outbursts and acts of passive-aggressive behavior (as edited as they may be) might be bringing you down with him.

Steve’s interactions with Foreman Keith, in all honesty, actually look like Steve is 10 year old being told off by a teacher.  It’s not pretty to look.  So this is where I apologize to you for my initial outburst and say to Steve, mate, nut up champ.  Grow a pair, get your hands dirty and finish the job just like Chantelle has been doing.

P.S: I still think you won’t win The Block.