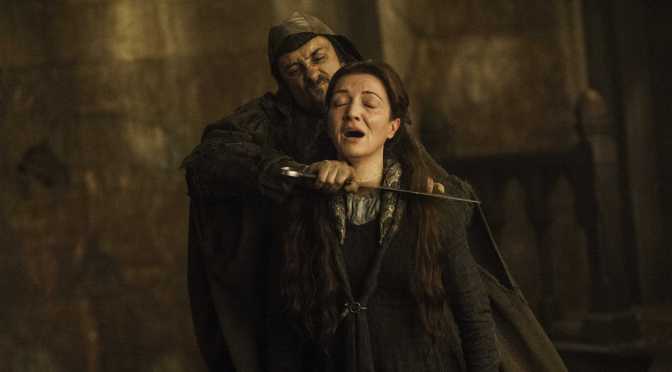 Fans of the “A Song of Fire and Ice” books (which is the source material for Game of Thrones) might have felt they missed something quite pivotal when the season four finale of GoT came and passed.

Where the heck is Lady Stoneheart?

It was a question that rang out after the season four finale when Lady Stoneheart didn’t show up, as she did in the epilogue of “A Storm Of Swords” and now fans of the book and television series are wanting to know where she is.

No no no! You have to bring Lady Stoneheart! @GameOfThrones No please!! #LadyStoneheart We waited sooo long!

Alex Graves, who directed the final episode, revealed that there were no plans whatsoever to include the pivotal character during that time, though it didn’t necessarily mean that we would not see Lady Stoneheart in the future.

Is this good news?  It was until actress Michelle Fairley spoke with EW recently.  “The character’s dead,” Michelle told EW. “She’s dead.” EW revealed that Michelle was told it would likely never happen, and when asked about a preference — Lady Stoneheart or no Lady Stoneheart — Michelle said, “I knew the arc, and that was it. They can’t stick to the books 100 percent. It’s impossible— they only have 10 hours per season.

“They have got to keep it dramatic and exciting, and extraneous stuff along the way gets lost in order to maintain the quality of brilliant show.”

After her throat was slit at the Red Wedding, Catelyn was thrown into a river and left to float there for three days before she was pulled out by Lord Beric Dondarrion (who you will know as the leader of the Brotherhood without Banners) and who resurrected Catelyn by giving his life for hers.

The somewhat-brought-back-to-life Catelyn then adopted the name Lady Stoneheart as she joined the Brotherhood Without Banners to lead them in mercilessly executing all traitors – with special attention paid to the Lannisters and Freys, and anyone who associates with them. 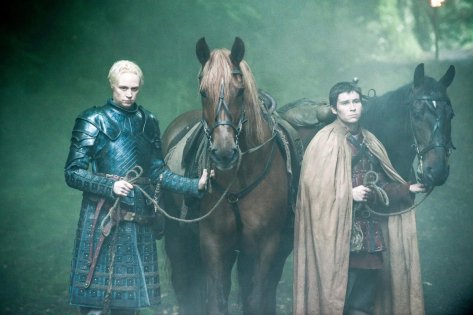 The purposeful cutting of Lady Stoneheart has left many people wondering how this will affect the story-arcs for certain characters including Jamie Lannister and Brienne of Tarth for the shows fifth season as all three characters feature quite heavily in season five’s source material “A Feast of Crows”.

Says Alex Graves “”No, they didn’t do it. It was never on the docket to do this season — ever.”