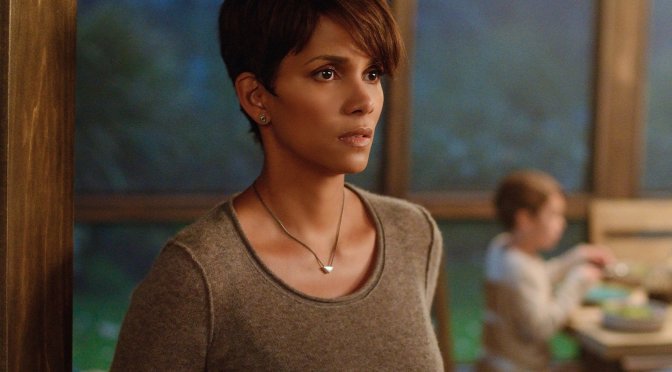 After watching the pilot for Halle Berry’s new Extant, there’s no denying that Sci-fi stalwart Steven Spielberg (Extant’s executive producer) has happily put his fingerprints all over this intriguing project.  With hits like Close Encounters of the Third Kind to A.I: Artificial Intelligence, Spielberg has created a neat little niche that when done right, is done really right.

Berry is back on our screens for this first time since 1991 (she was in the Dallas spin-off Knots Landing) playing astronaut Molly Watts who, after returning from a 13 month solo space mission, discovers she’s pregnant.  A case of immaculate conception or something more paranormal? This piece of surprising news for Molly pushes us right back to her solo space mission where we see clues littered about that may or may not offer up some answers.

As noted earlier, Spielberg has his fingers all over this project and themes of robotic children assimilating into society (just like A.I) are explored, namely with Molly and her husband John (ER’s Goran Visnjic) who, unable to conceive naturally, have their very own mechanical and somewhat creepy son named Ethan (Looper’s Pierce Gagnan) who goes from being sweet and adorable to asking to have his batteries recharged and then off to practice his facial emotions in the mirror.

The future that Extant offers up is a very clean cut, simplistic and technologically advanced future, but this future is nothing not seen in Minority Report and other like movies/tv shows and the battery operated child is a little more Chucky than A.I’s David who just wanted to be loved.  In the end, Extant is a little bit Aliens and a little bit A.I mixed together with a dose of Rosemary’s Baby.  It’s watchable and sure, some of the situations are laughable (Molly wanting to completely ignore the fact she somehow got pregnant while in space) but Extant does deliver a hefty dose of “what just happened?