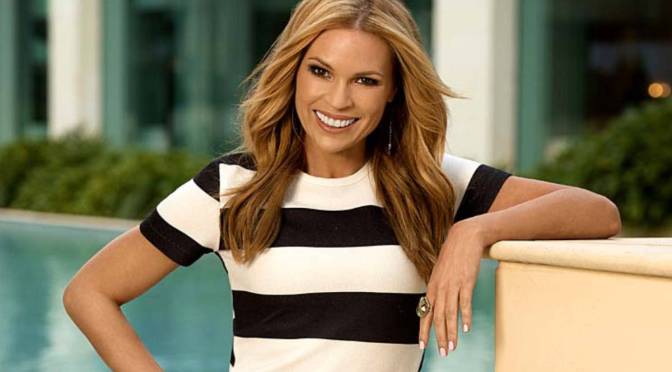 Thursday saw channel 9 drop the new promo for Big Brother Australia 2014 and it’s got a lot of people talking about what to expect for the new season with a theme of Noah’s Ark and a massive storm used for this years advertising push.

Check out the new promo below:

As you can see, host Sonia Kruger is playing Noah while she directs the housemates (are they couples?) into the ark and just like the biblical story, they arrive, two by two, offering shelter and safety from the impending storm where, Sonia then explains: “A storm is brewing… on the inside,” and to top it off, last years winner Tim Dormer make an appearance right at the end of the clip, dressed in his trademark skeleton onesie.

Fans of the reality series are noting that this year, the series is starting much later than normal and how will it play into the networks lineup with The Block Glasshouse still airing.  It has been revealed that Channel 9 are planning on using the strong numbers for The Block as a lead in to this new series of Big Brother which will see the show pushed back to an 8:30pm timeslot while The Block is still airing (once The Block Glasshouse finishes, Big Brother is expected to move back to a 6:30pm/7:30pm timeslot)

This season will also see Big Brother have a  fully digital and integrated platform, allowing viewers more engagement and interaction than ever before. “Australia, this year it is power to the people. Your first chance to control what happens in my House starts before night one. You decide more than just who stays and who goes.”  Sonia Kruger says of the new series – “This is without a doubt going to be the most exciting series we’ve ever seen. From night one, Housemates will have to make immediate judgments which will have far reaching consequences into their Big Brother experience.

“In this day and age, with the prevalence of social media, people are forced to make snap judgments on other people based on tiny bits of information. Our Housemates are going to have to make quick decisions based on first impressions. “I also hear our 2014 Housemates are the most opinionated and most controversial ever, and buttons will be pushed.”

The Daily Mail UK have revealed extensive renovations to the Big Brother compound with a larger pool, a new elevated living area, a tree house and possibly a second secluded pool while BehindBigBrother.com has revealed that the series will be the shortest in Australian Big Brother history – running only for 80 days and nights.