It was staple TV viewing for every kid and teenager in the 1990’s…a bunch of teenagers donning colorful lycra, yelling “It’s Morphin’ Time!” and basically kicking ass.  In general, looking back, it was light and fluffy and pretty bad but we never knew it and now, in a bootleg-ish short, some of our favorite rangers are back, but in a very different way.

Being nothing short of awesome, it’s being hailed as “a twist on the Power Rangers mythos”, the short film is a a well crafted brilliant cgi-heavy send-up of dark and gritty fan films while also somehow being a fun addition to the genre.  Check out the SFW version below (the NSFW version is vimeo only)

Speaking to Hitflix, Kaan said the prospect of making such a heavy twist on a fun show drew him to the project.  “I think the trick that I really wanted to do with this was to make that dark and gritty version that everybody keeps talking about, but really do it. Really see if I could totally accomplish it with essentially a really incredible incredibly silly property.”

Accomplish it he did.

Can someone tell me why the #PowerRangers short isn't a full movie!? That was an epic 14 minutes! @vanderjames @JosephKahn

This is perfect! Someone make a full length, please. #powerrangers #shortfilm http://t.co/O6SJu7csbM via @youtube @adishankarbrand

The irony here is that I wouldn’t even want to make “Power Rangers: The Movie’ for real. Like if I had to make a ‘Power Rangers’ movie, this is it. It’s 14 minutes long and it’s violent and this is what I have in me. If they offered me the 200 million version, the PG-13 version, I literally wouldn’t do it. It’s just not interesting to me.”

Shame Kaan feels so strongly about standing firm on never touching the project again in any form but at least, our inner 90’s teen/wannabe power ranger still lives….well sort of. 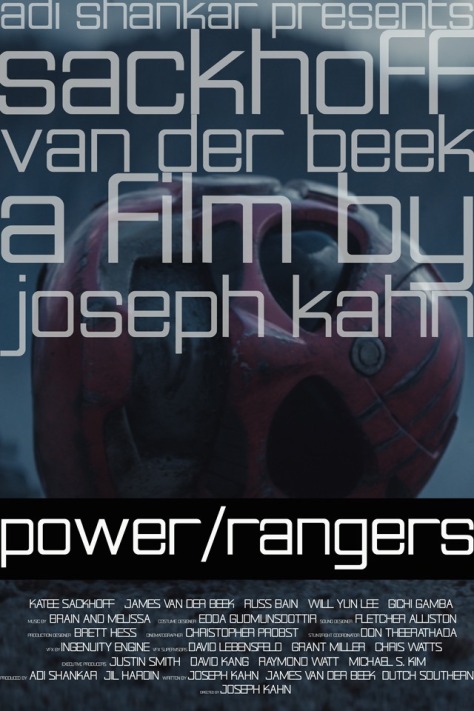