In collection of leaked panels from this weeks newest issue of All New X-Men #40, Bobby Drake aka X-Men’s original team member Iceman is outed by fellow original member Jean Grey after picking up on his ‘over-compensation of comments on his other female team members’. 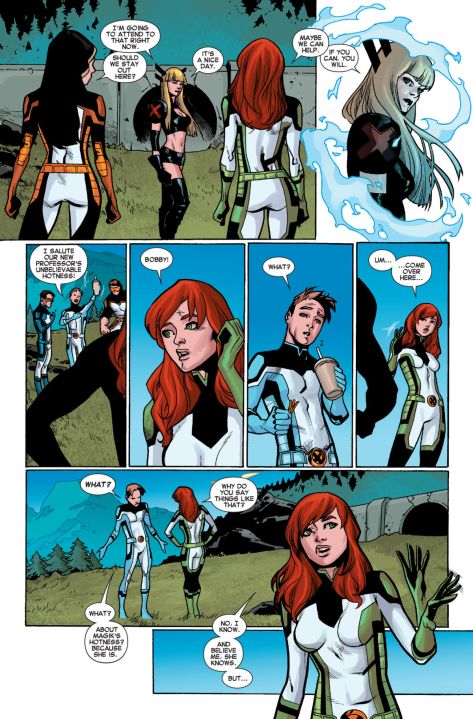 Bobby’s ‘outing’ isn’t so…well straight forward.  This version of Iceman is actually from the past who has traveled to current time with Cyclops, Beat, Jean and Angel to help fight alongside the current team.  The news now begs one to ask if the modern era version of Iceman is gay too?  His relationships with Mystique, Polaris and Psylocke suggest no, but could younger Iceman’s appearance shatter perceived images?

Back in 2012, Marvel made headlines by publishing the first gay marriage in superhero comics with the union between Northstar and his parnter Kyle Jinadu to which garnered general positive reactions from fans.