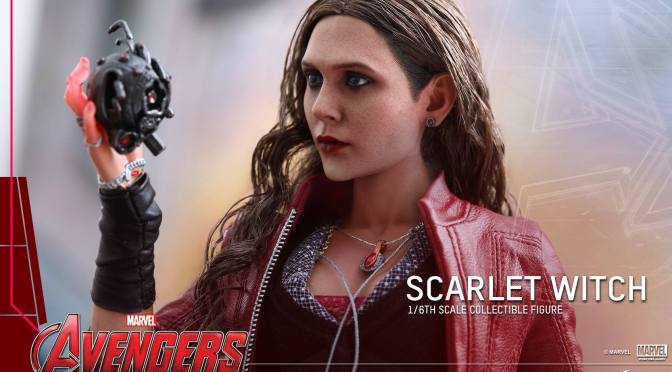 When it comes to the world of Avengers and merchandise, it’s a well known fact the ladies who kick ass receive the fewest amount of gear on the shelves.  While Thor, Iron Man and Captain America are littered throughout the toy isles, Black Widow and the newly added Scarlet Witch have seen very little fanfare with the exception of an action figure here or there.

To be sure though, 1/6 figure production giant Hot Toys have stemmed this nasty bleed by releasing four Black Widow figures along the Iron Man/Avengers/Captain America way and have now released the first look of the brand new Scarlet Witch deluxe figure.

With Hot Toys offering something like 20 different Iron Man Figures, it’s nice to see someone like Scarlet Witch get some lovin’!

Check out all the photos in the gallery below: 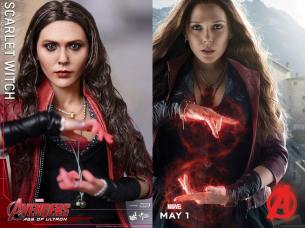 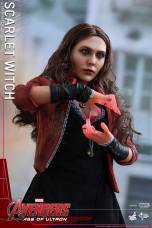 No news of release date or sale price but going off Black Widow’s Age of Ulton figure, one can expect to pay in excess of $280US for her.

Think the likeness to Elizabeth Olsen is spot on?  Think you might add this to your collection?  Sound off in the comments below!