It’s been an impressive and varied landscape of television this year that saw the end of Mad Men, the cancellation of Hannibal, the surprise death of Grey’s Anatomy’s McDreamy and the reveal of Pretty Little Liars’ Big A.

From a small-time suburban drug dealer to a former down-trodden housewife fighting a zombie apocalypse, a Queen who has fallen from glory to a formerly pussy-whipped husband and a mother willing to do anything to get what she wants….these are just some of the defining characters that made a huge impact this year on our TV screens.

Either love them or hate them (or love to hate them), check out my list of the 12 best characters that graced our screens in 2015 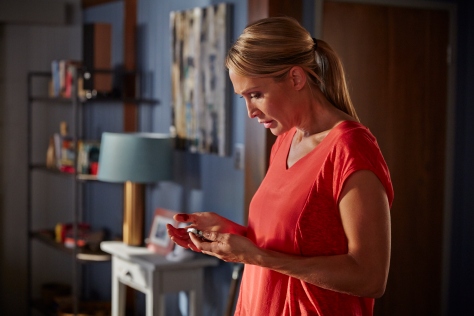 Not since the introduction of ‘The River Boys’ to Home and Away‘s Summer Bay has a single character impacted both the residents of the bay and viewers alike.  Charlotte King’s (Erika Heynatz) main goal of reuniting with her former love Zach (Charlie Clausen) had become skewed over time resulting in this small town teacher resorting to lying, sex with a student, black mail, theft and a double murder.  This, of course, led to her murder yet Charlotte’s web was so wide and tangled with victims that there is an unlimited amount of suspects as to who killed her.

The second half of season five and the first episode of season 6 were quiet ones for Carol.  The woman who’s proficient with the use of sniper rifles and small blades seemed to have found peace within the walls of Alexandria embracing the safety and familiarity of what life was before….until episode “JSS” – 6×02 when rogue survivor group The Wolves brutally attacked Alexandria and went on a murdering spree, sending Carol into a ninja mode like we’ve never seen her in before.  Her will to protect her kin outweighed the moral right Morgan was trying to enforce which resulted in a bare-knuckles slam down fight between the two.  Look out Michonne, there’s a new slayer in town!

Finding the balance between professional and personal was a very wobbly tightrope for Wentworth Prison’s new psychologist.  The openly gay Bridget found herself the target of inmate Frankie Doyle’s (Nicole Da Silva) affection to which, it turned out, the feelings were mutual.  Working closely with Frankie to help her earn freedom and bring down the tyrannical Governor, Bridget flitted between the lines of right and wrong within professional misconduct which eventually saw her unemployed but happily in love with the recently released Frankie.

Oh how the mighty have fallen!  Cersei’s greedy need to remain in power and her dislike for the Tyrell’s ultimately saw her downfall from Queen to Queen mother to filthy peasant rotting away in a cell.  A stark contrast from the sharp tongued powerhouse, Cersei’s confronting walk of atonement through the streets of Kings Landing remains one of the most astonishing falls from grace seen this year.

8: Bonnie Winterbottom (Liza Weil)- How to get Away With Murder 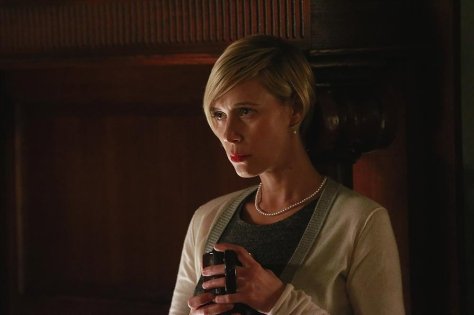 Got murder on the mind?  Bonnie (Liza Weil) did during this season of HTGAWM when we learnt the formerly mousy legal aid to the big and brassy Annalise Keating (Viola Davis) was behind the murder (via way suffocation mind you) of bad girl Rebecca.  Throw in a relationship with student Asher (Matt McGorry) and the revelation Bonnie had been sexually abused as a child and suddenly the quiet Bonnie became a force to be reckoned with – covering up multiple murders and even going toe to toe with Annalise.

Of the myriad of clones, government organizations, montiors and love interests that swamp the very excellent Orphan Black, this year saw one stand out more than usual.  Soccer mom clone Alison Hendrix’s hapless husband Donnie actually shined this year, stepping out from his wife’s overbearing shadow and going head first into Alison’s brand new drugs-for-bored-moms business.  The underwear bed dance with Alison while they ‘made it rain’ was just the start of this brand new Donnie.

6: Asher Millstone (Matt McGorry) – How to get Away with Murder

Of all of Annalise Keating’s minions, Asher seemed to lean more towards that of being somewhat leveled headed.  While having no involvement with Sam’s murder and subsequent cover up, the overtly loud and confident Asher had his dark past exposed revealing his involvement in the gang rape of a student in his residence years earlier.  For Asher, this revelation sadly led to blackmail, the suicide of his father, the dissolution of his relationship with his mother and eventually the murder of D.A Emily Sinclair throwing Asher right into the mix of murder cover ups that plague his friends.

There’s no splitting these two best friends up which is why it was an easy decision to keep them together for this list.  Emma and Maggie showed this year that no man, no baby, no sex-with-an-ex and no Kenny Loggins could ever screw with their friendship.  They continuously present us with a humorously authentic look at the relationship between two best friends who like to cross dress, make bird houses and smash the dance floor with body rolls. 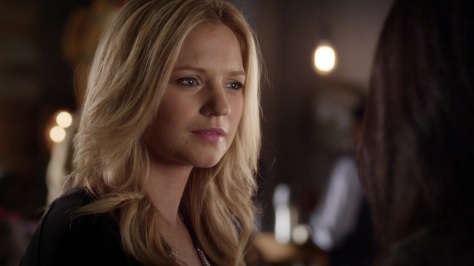 Pretty Little Liars offered up the mind fuck of the season by not only revealing that Ce Ce Drake (Vanessa Ray) was Big A, but that Ce Ce was also a DiLaurentis – Charles DiLaurentis in fact, now known as Charlotte. It was her parents – Jessica and Kenneth’s issues with her gender identity crisis that set off the whole Big A scandal when they shipped him off to Radley Institution.  Throw in the murder of Toby’s mother along with sisterly jealousy vibes  and Ce Ce became one of the biggest players in the series.

The sassy, fashion obsessed and utterly evil Kappa Kappa Tau sorority president Chanel Oberlin could be considered to be quite despicable with her treatment of fellow Chanel’s and those less fortunate than her, but every now and then, a small glimmer of human slithers through Chanel’s frosty well dressed exterior.  Her zippy one liners and god-awful on-again-off-again relationship with equally transparent Chad Radwell (Glen Powell) made for great viewing. 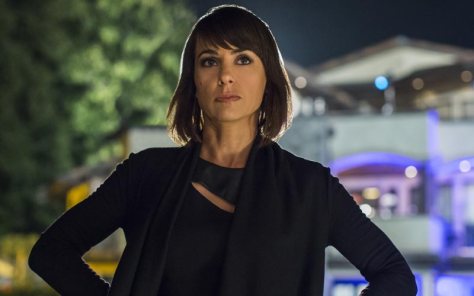 Heartless, greedy, bitch, thoughtful, loving, woman.  Just some of the words one could easily use to describe the woman behind the Bachelor inspired love at first sight TV series Everlasting.  Quinn had the ability to carelessly destroy (emotionally and physically) her fellow woman and it was all for ratings and professional growth.  She was after all the puppet master who controlled the romantic life of numerous women.   While her circle of those who meant most to her was quite small, Quinn showed she would do anything to protect them even if it ended in heartache and utter hatred.  Yet when you tear down the brutal hardness and moral corruptness of Quinn’s exterior, underneath there was a woman who oddly enough was looking for stability and romance……but would only accept it if she was also winning at everything else. 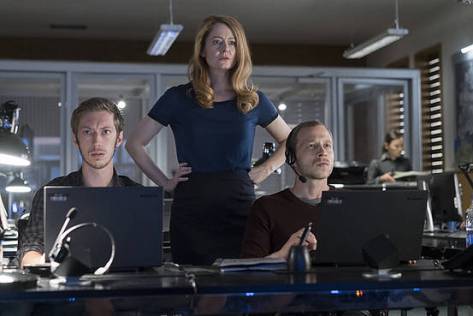 A new member to the Homeland family, Berlin Station Chief Allison Carr has the ability to talk herself into and way out of everything from putting Carrie’s (Claire Danes) name on an assassins hit list to roaming the halls of the CIA moments after being arrested for treason and cover up a double homicide while allowing a terrorist attack to take place – all while divulging USA secrets to the Russians.  It’s all for a good cause though as Allison has literally millions of dollars waiting for her once her task with the Russians are complete.  Unlike many ‘bad guys’ there’s no redeemable qualities to Allison and she’s riding front and centre on the karma train.

So there you have it!  My 12 best TV characters for 2015.  Who made you list or do you agree with mine?  Sound off in the coments below!