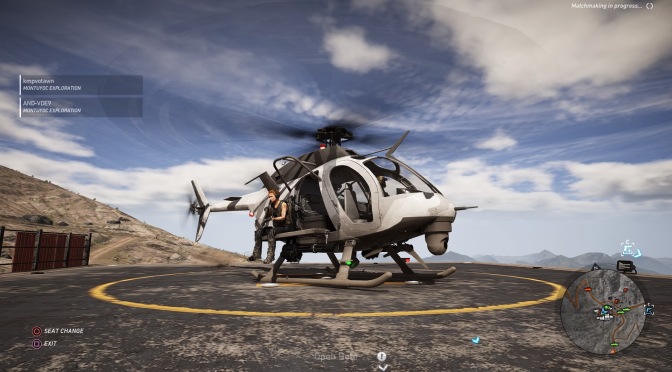 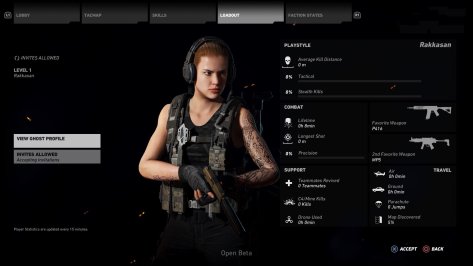 Ghost Recon: Wildlands is currently live for a limited beta play-through before the full game goes live on March 7th and while the onset saw major server issues and lengthy maintenance delays, it seems, for most players, the beta is now in full swing.

Wildlands has you playing as a special forces soldier whose main aim is to wipe out a major Mexican drug cartel in no-too-distant-future Bolivia.  An open world game, Wildlands puts you at the drivers seat in a “choose your own adventure” kind of way as you decide how you and your team will go about taking out the cartel.

Before getting into any game play, your first task is to create your character.  As a lover of games that use this feature, the customization options gave me mixed feelings, offering a wide range of options on some items and no where near enough options on others.

As someone who – when given the chance to – plays as a female character, I do have to give props to Ubisoft for the range of female faces offered to choose from.  While none are worthy of being recruited as a Victoria’s Secret model, the number of “nice looking” faces outnumber the swamp donkey ones, though the option to choose race and skin color is locked to each of the eleven face styles.  There’s a small amount of face paints and scars to choose from and the tattoo’s add a gritty edge to your character. 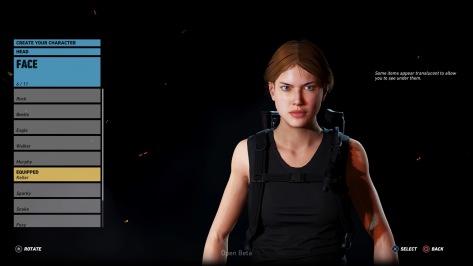 Outfits and accessories are fitting for the games genre with tank tops, Tee’s, shirts and similar items and most feature a wide selection of color and/or pattern changes to suit the look you’re going for.  Where Ubisoft dropped the ball in customization is hair options. While I haven’t checked out those open for male characters (who also have facial hair options), the females have seven options, all of which are sadly, very basic and very masculine.  From a stock standard bun to short cornrows to fully shaved to a tiny ponytail, all are rather disappointing and don’t seem to look that decent unless covered with a headset (see top image) or with a hat.  While i’m not asking for long Rapunzel hair, the argument of avoiding clipping with longer styles is moot considering the hair assortment (long and short) sported by the NPC’s running around town that certainly do not have clipping issues.

Wildlands game play feels very smooth and while the controls took some time to get used to, everything from shooting to running and climbing were seamless, however driving felt very different to what has been found in similar games.  While controlling your vehicle is pretty much standard, I found not only did it take quite a lot of damage to completely total your vehicle but also, whatever you’re driving has the ability to literally climb mountains.

As if unaffected by the rocky and bushy landscape, the car I had stolen and literally drove over a cliffs edge was able to easily climb right back up to where it had fallen from.  Handy if you loose control or need to make a quick shortcut to get across to the other side of the map, but the feel of this goes against what we know and what we’d expect. 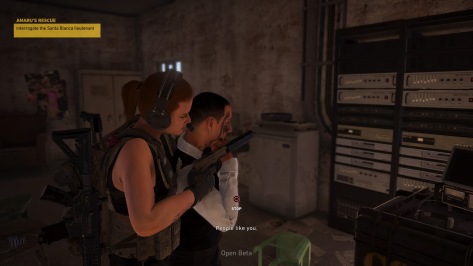 Even flying a helicopter – something I always try and avoid – was easy enough to control though trying to maintain a steady climb and decent push forward in a straight line felt fiddly and quite slow.

Environment interaction was more miss than hit.  As stated, the ability to drive up the side of a rocky mountain is odd and my helicopter wasn’t affected by the trees I steered it through.  The NPC’s wandering around manage to, for the most part, be quick enough to jump out of the way of my speeding and slightly out of control car but killing an NPC with a weapon can prove costly and have repercussions on a mission.

The missions open during the beta were pretty stock standard too but the ability to decide how you go about it was a nice addition.  While the main mission is always there, upon finding some intel at a rebel location, you can choose either scouting for more supplies, upgrades or another rebel base as you are never forced to play the main arc which sees a massive cartel flow chart showing how prominent gang members are connected and who must be killed to get information on the next target.

4 player co-op is also up and running for Wildlands and I had no issues jumping into a live game with three randoms but relinquishing control to someone else was frustrating especially when you find yourself a passenger in a vehicle being driven from one side of the map to the other for a quick shoot and run mission or when trying to make a stealthy entrance into an enemy camp only to have someone go running in guns blazing.

Thankfully, playing off-line, your AI controlled helpers are much more accommodating to your play style. 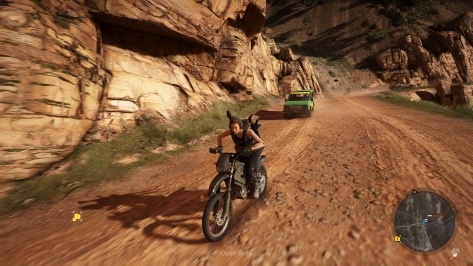 For the most part, my time spent on the Ghost Recon: Wildlands beta was more positive than negative but only slightly.  The mission repetition can become mundane and to put it bluntly, was nothing really not seen before in games before (I am playing Metal Gear Solid V and the similarities are insane).  The open world environment is lush and vast and smooth game play will keep you going for a short while but with little to unlock or aim for (weapons and additions to your character), the steam behind Wildlands could run out quickly for players who have pretty much seen this all before.