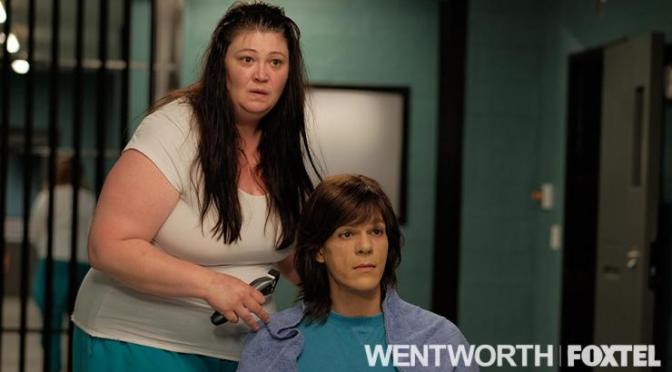 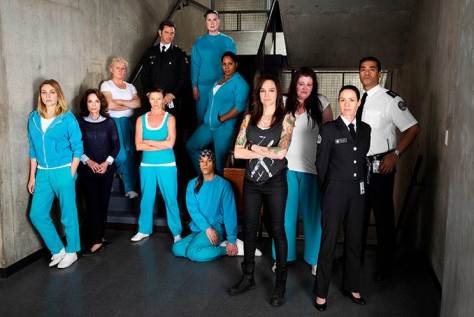 We’re only a few short weeks away from finding out what the fallout is following Bea Smith’s (Danielle Cormack) death at the hands of former prison warden and current inmate Joan Ferguson (Pamela Rabe)  in the new season of Wentworth starting April 4th on Showcase.

While most of us are hoping for some miracle, it’s no secret that those involved with the show have been very vocal in letting us all know that Bea is in fact very dead and that Cormack is off perusing other projects. That said, the impact of Smith’s murder will play heavily into this upcoming fifth season affecting inmates and prison staff alike.

Foxtel have confirmed that contrary to earlier suggestions, there will be no time jump between the end of season four and the start of season five, with this new season picking up right after Bea’s death with the focus heavily on the theme of revenge as shown in various teaser promos released by Foxtel.

So what do we know so far about season five?  Kaz Proctor (Tammy McIntosh) cements her role as the new top dog within Wentworth but will her ‘no violence’ policy react negatively with the inmates when it comes to the punishment of Ferguson – especially with that of Allie Novak (Kate Jenkinson) whom unbeknownst to Ferguson, survived her lethal hot shot.

Liz Birdsworth (Celia Ireland) continues her top secret mission with  Don Kaplan (Steve Bastoni) to get Sonia Stevens (Sigrid Thornton) to confess her crimes though has Sonia cottoned on to what Liz is doing?

Franky (Nicole DaSilva) and Bridget’s (Libby Tanner) relationship outside the walls of Wentworth continue to go from strength to strength but will Bea’s murder push Franky to do something that will send her right back?

Jake Stewart (Bernard Curry) deals with the consequences of his actions with Ferguson that led to him murdering the key witness in Ferguson’s trial and the smuggling in of the drugs used to give Allie the not-so-lethal hot shot.  This begins to put stress on his relationship with Governor Vera Bennett (Kate Atkinson) who is still blind to his unlawful actions.

All will be revealed when the fifth season of Wentworth begins April 4th on Showcase.