Anyone else like me and feeling a little ‘ripped off’ when top model hopeful and obvious final two choice, Alex, was sent packing in the pre-finale double elimination?  I know more than a fair share echo my thoughts…

u can see the judges agenda and who they plan to have in the final from the start ..I know who SHOULD have gone home last week! #AusNTM

So pissed that Alex didn't get it #AusNTM

One interesting comment I came across regarding the elimination was how the final photo’s chosen in the Nigel Barker photo shoot differed from what we had seen the models do and what would happen if the models themselves were to chose their photo.  Let’s take a look below: 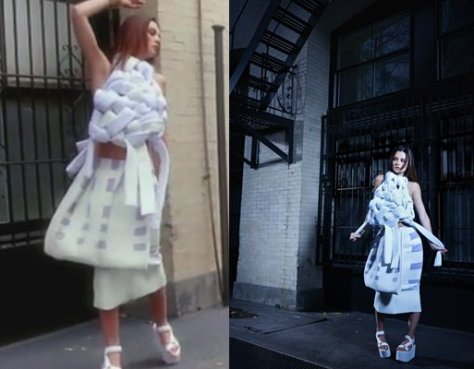 Front runner Brittany was the weakest during this shoot and even when she ‘got it’ she was still quite stiff when compared to the other girls.  She of course ended up with a stunning photo and rightfully nabbed her place in the final two. 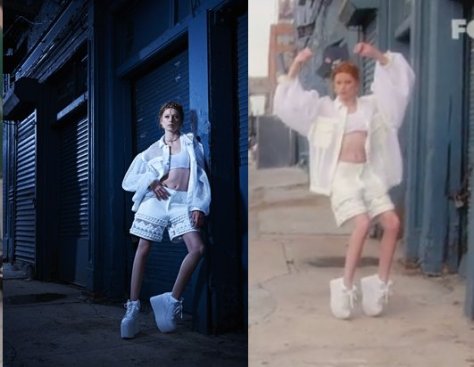 It also too some time for Jess to warm up-to the outfit and platform sneakers but when you compare her chosen shot versus her actual shoot, you can clearly see a huge difference in the energy in the image.

Lucy came out guns blazing from the go for the shoot, but she also had the easiest of outfit’s to wear.  Her chosen shot almost matched what we had seen her do during her shoot.

Last but not least is little Alex.  The bulkiest of outfits, we saw this girl running and jumping and leaping and working that outfit for….this chosen shot on the right.

So we have our final two – tomboy truck driver Brittany from Victoria and sweet as pie teen Jess from QLD.  The Aussie Top Model crew are changing it up this year by removing the live finale and the choice of winner based on public vote and in return, giving us a pre-taped finale with Top Model Mother Tyra Banks selecting the winner.  The negative here….the winner has already been leaked.

Guess it means no one can stuff up the winners announcement.

Tell me your thoughts people – Lucy or Brittany?  Who is Cycle 9’s Australia’s Next Top Model Winner?