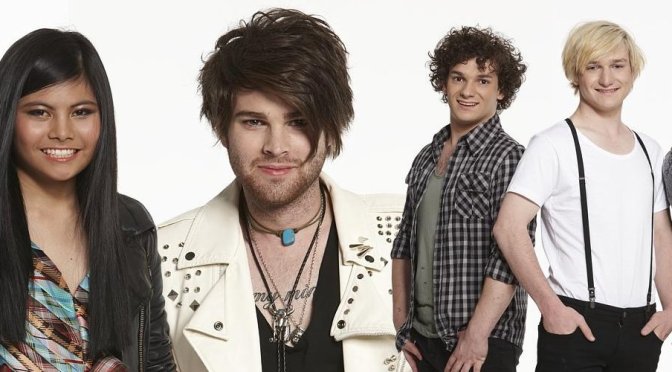 Who Should Win:  I’ve been right three years running (Reece Mastin, Samantha Jade and Dami Im) and I’m hoping to add Dean Ray to the list.  The guy is total swag on stage, clearly showing he is more adept at working the audience and giving stage presence than both Brothers 3 and Marlisa combined.

Right from the go, Ray’s audition of Kim Carnes ‘Bette Davis Eyes’ made him a standout and one to watch.  Only hitting the bottom two once (I still believe it was a ploy), Dean Ray, his mesmerizing and penetrating eyes and all, deserves to win.

Who Will Win: While still hopeful of a Dean Ray Win, Brothers 3 have remained a steadfast favorite in the series, even while being booted during judges top three announcements.  Being picked by viewers to be the return wild card and placing top spot when the viewer announcements were made are clearly showing these boys have fans.

What about Marlisa: She’s surely a surprise addition to the final three considering Regan was expected to make the final.  Marlisa can sing – no doubting that, but her stage presence lacks any oomph.  Give her a few years of doing Westfield gigs and i’m sure we’d see her pop up as a more mature and stronger performer.

Who do you think will win?  Sound off in the comments below!