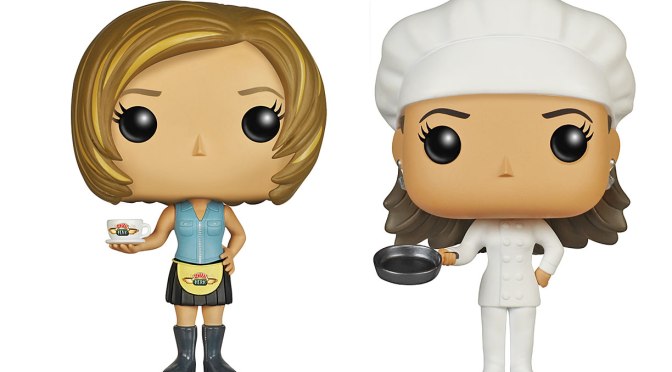 Entertainment Weekly have offered up the first exclusive look of the brand new Friends Funko Pop Vinyl line featuring all six characters from the beloved show, each with iconic character additions that will have Friends fans excited to own each and every one – me included!

With the addition of the Pop Television line, Funko have been able to delve into the television vault and offer up everything from the recent American Horror Story and Orange is the New Black Pops to Buffy the Vampire Slayer, Dr. Who and even Saved by the Bell Pops and while there are still a few glaring omissions to the upcoming release list (Sex and the City and Melrose Place – I want a Sydney Andrews Pop! hint hint) the long-awaited Friends Pops have finally been revealed.

“These figures are better when they’re crazy-looking,” Funko CEO Brian Mariotti told EW. “Everyone on [‘Friends’] is just really good-looking, so we needed to get the details just right. We had to add that extra level of ‘Friends’-ness. I know, that’s not even a word.”  By extra level of ‘Friends-ness’ we’re talking some small but important additions to these Pops… 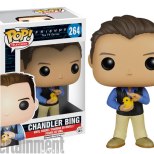 Chandler Bing with ‘the chick’ 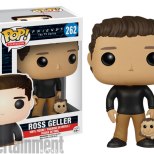 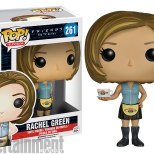 Rachel Green with her iconic hairdo 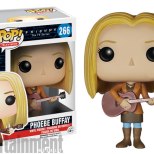 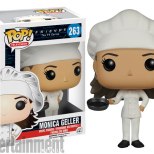 Monica Geller in her chef whites 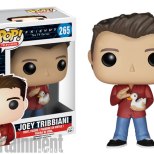 Joey Tribbiani with ‘the duck’

While all the Friends Pops are quite visual and identifiable, personally, I feel that Monica’s was somewhat off as it was not very often we saw Monica in her chef uniform…”We started Monica in just one of her more regular outfits that you would recognize, but if you take it out of context, it wasn’t as iconic,” says VP of Funko Creative Ben Butcher. “With Phoebe, we tried to get the guitar in there. With Joey and Chandler, they are two regular guys at first … and then we decided to bring the duck and the chick into it.”

As a dedicated long-time Friends fan, some suggestions for a series two – you know, if it was ever to go ahead..,

The Friends Funko Pop’s are currently available for pre-order at your local Pop! retailer or through Entertainment Earth with a Feb 2016 release.