Network Ten sure are keeping very mum on just who exactly will be popping up in their up-coming celebrity-reality series I’m a Celebrity..Get Me Out of Here, and they’re doing it for very good reasons.

ITV Australia chief Anita Jacoby revealed that those ‘celebrities’ who have signed up for the gig don’t actually know who else has signed on.  “They find out who they are going to be joining on that first night.  They genuinely don’t know. That is part of the magic of the show, they have got no inkling whatsoever.”

While making sure not to reveal too much, Ten have been kind enough to give us some clues as to who we may see…

So names ranging from Sophie Monk to Shane Warne, Bert Newton and comedian Joel Creasy have been floating around, but true to Ten’s word, no one will actually find out until premiere night.  That said though, one name in particular that has been thrown about is standing out more than others.  Melissa-Joan Hart, she of Sabrina The Teenage Witch (which I adored) and now of ABC Family comedy Melissa and Joey recently followed a select few local twitter accounts including that belonging to the show itself.

Could Mel-J be slumming it out in the jungle with Shane Warne?  Will Brynne Edelsten pop up in a safari hat and matching outfit?  Guess only time will tell!

In the meantime…for those wanting to know what they might expect with the show, check out some clips from the UK version below..

Hosted by Julia Morris and Chris Brown, I’m a Celebrity…Get Me Out of Here begins early February, five nights a week, live from South Africa on Network Ten. We the viewers will decide “who eats, who plays and who stays.” 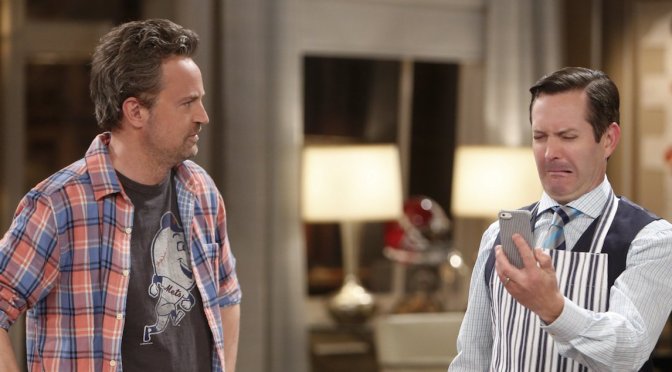 A CSI spin-off, A television show about people watching television and celebrities stranded on an island…these are just some of the new shows Network Ten have announced to start in 2015.

I’m A Celebrity, Get Me Out Of Here: It’s survivor meets Dancing with the Stars in this Aussie version of the massive UK reality hit that will see 10 well known Australian faces head to the South African jungle to compete in challenges with hopes of raising dollars for their chosen charity.  No names as yet though comedienne Julia Morris and Bondi Vet Dr. Chris Brown have been announced as hosts.

Goggle Box: In a nut shell, Goggle Box is a show about people watching television though it’s being pushed as a weekly observational series which captures the reactions of ordinary Australians as they watch the nightly news, argue over politics, cheer their favorite sporting teams and digest current affairs and documentaries.  Based on the UK show of the same name.

The Odd Couple:  Friends’ star Matthew Perry’s return to series TV in a remake of the classic comedy of the same name which sees Perry as Oscar Madison play opposite Thomas Lennon as Felix Unger. The former college buddies end up living together after the collapse of both their marriages.  Parenthood’s Lauren Graham has also just been announced to join the show as Oscars ex-wife Gaby.

Shark Tank: Remember Dragon’s Den?  That Aussie show from 2006 based off the UK show in which inventors pitched their products to a panel of wealthy investors only to find the offers involved them losing 50% of their business?  There was also a US version of the show called Shark Tank.  It’s exactly the same as the UK version….and now our version of the same name as the US version.

The Bachelorette Australia: We all know what this one is right?  It seems there’s more interest in who will be the first bachelorette than the show itself after the disaster that was this years The Bachelor.  Ten are yet to announce a name though former bachelorette’s Laurina ‘dirty street pie’ Fleure, Chantal Hryniewski and Zoe O’Brien have been thrown around while winner (and eventual loser) Sam Frost (who was considered to be the front runner) it seems is no longer in contention after her ‘post-show antics’.

Anything here take your fancy?  Being a Patty Arquette fan, I’ll give Cyber a shot plus anything with James Van Der Beek is worth a watch!