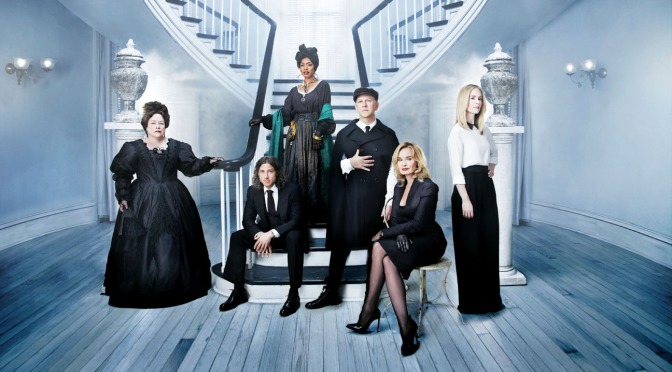 Back in early December 2014, fashion doll company Integrity Toys announced a new line of dolls based off the characters within the American Horror Story Coven series.  Cut to almost two years later and finally Integrity Toys have come up with the goods ready for pre-order, but….are we done and dusted with Coven?

Since Coven’s airing, AHS has produced three further series – Freak Show, Hotel and the currently airing Roanoke and the limited amount of news and updates about this line from Integrity has possibly made fans a little indifferent about this reveal.

All 6 dolls are on the FR2013 articulated body with brand new sculpts in the likeness of their characters (check out how close they got with Evan Peters!), rooted hair, applied eyelashes and fabric outfits featured within the show.

Check out more photos below: 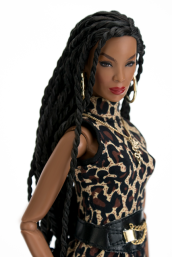 All dolls are now available for pre-order with the Marie Laveau doll set for release first in December this year and are priced around the US$130 mark.

Your chance to have your very own Fiona Goode or Misty Day 12″ figure is just around the corner as high end fashion doll company Integrity Toys announced they have acquired the licence to the bewitching third series of American Horror Story – Coven.

From the official press release:

December 2nd, 2014: As audiences enjoy the debut of the latest instalment of the AMERICAN HORROR STORY saga on television, Integrity Toys, Inc., under license from Twentieth Century Fox Consumer Products, is thrilled to announce a partnership to produce high-end collectible dolls based on the various characters of fan-favorite COVEN, the iconic third season of the AMERICAN HORROR STORY series.

Pop Culture enthusiasts and fans of the hit TV series alike will be thrilled to take home these intricate collector dolls based on their favorite characters of the bewitching third season of the show! Currently in development, the dolls, slated for release in mid-2015, will be based on the actual likeness of the key characters each dressed in quality miniature replicas of some of their iconic looks from the show. The first dolls are expected to be unveiled in the Spring of 2015 and to ship in Summer 2015.

Integrity Toys are no stranger to creating products from well known sources with releases of 12″ articulated dolls from Saturday Night Fever to Barefoot in the Park and the hugely popular 80’s cartoon JEM.  This AHS Coven license will however be the first time the company have ventured into modern pop culture.

If Integrity happen to release a Fiona Goode, Misty Day and Myrtle Snow then i’m on board!  To be kept upto date on the release of these figures, sign up to Integrity Toys mailing list here!