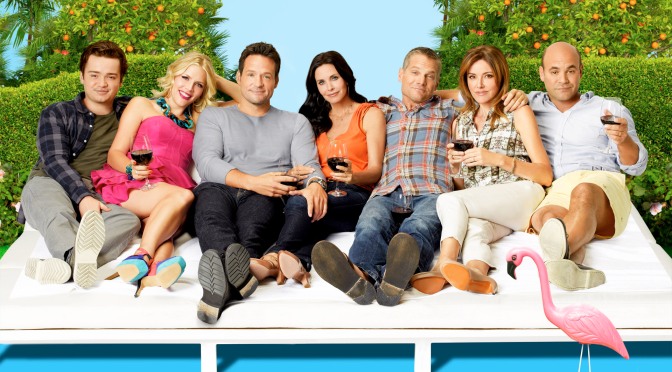 It sure has been a long time in between drinks!  One of my all-time favorite ensemble comedies and one that is highly underrated (and suffers from bad show name syndrome) is back on Channel 7, although at a rather poor time slot.

The very funny Courteney Cox led Cougar Town is back on Aussie TV’s, starting from season 5 (which finished airing almost 12 months ago in the US) filling the Sunday night 11:30pm time slot.

I somehow managed to miss this news (or actually never expected 7 to bring the show back) as Cougar Town started last Sunday night (Dec 5th) but fans will be happy to know that this weeks episode will see the appearance of Cox’s former on-screen husband, Matthew Perry, guest starring.

The 13 episode series 5 focuses heavily on the budding romance between Jules’ (Cox) son Travis (Dan Byrd) and one of her best friends Laurie (Busy Philipps) and Jules’ struggle to accept the inevitable. 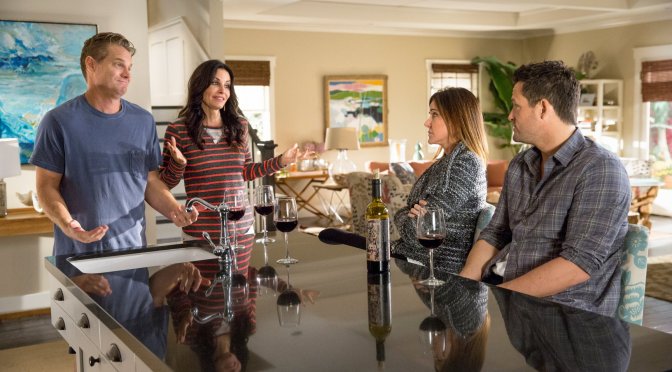 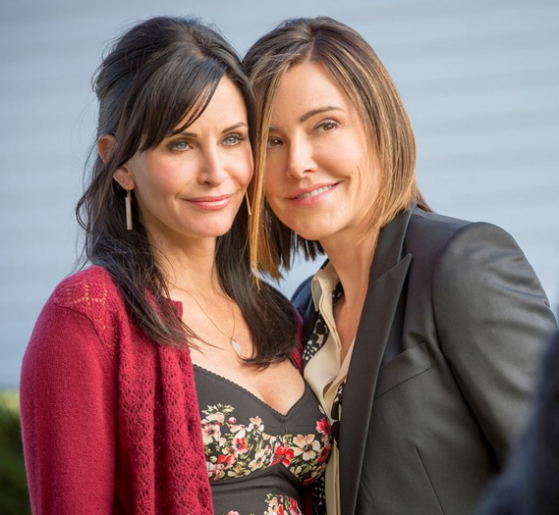 During the season 5 finale, the main story line saw Jules (Courteney Cox) use Laurie’s (Busy Phillipps) urine to pass a physical examination (Ellie slipped Jules some happy pills) at her doctors only to be told she is in fact pregnant – well not Jules, but her best friend Laurie, who is also dating Jules’ son Travis (Dan Byrd).

Now granted, I wasn’t the biggest fan of Laurie and Travis hooking up…I thought I wanted it, but when I got it…I realized I didn’t want it, but as this season has progressed, the Laurie/Travis relationship has grown on me, and the pregnancy should add a new element to what has already become a tight and well rounded comedy.

But the news of a sixth season is still yet to come.  There’s been no hint from TBS either way of a cancellation or a renewal and the only indication of a move comes down to ratings.  When Cougar Town moved to TBS for it’s fourth season, it became the network’s top original primetime series ever (2.8 million viewers) with both total viewers and the 18-49 age bracket however as the show moved into it’s fifth season, ratings began to dip into the 1.5 million mark.

Personally, i’d love to see a sixth (and probably final) season to allow a proper send off for our cul-de-sac crew! 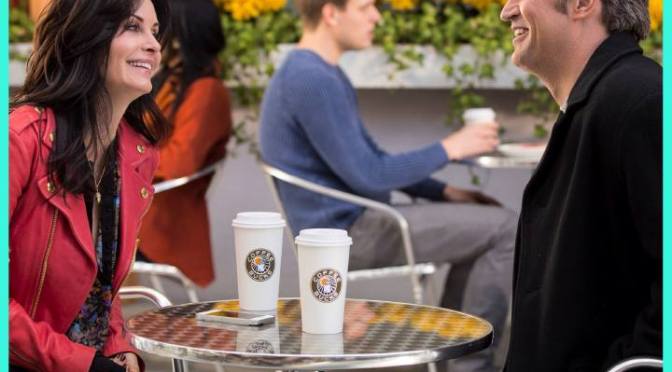 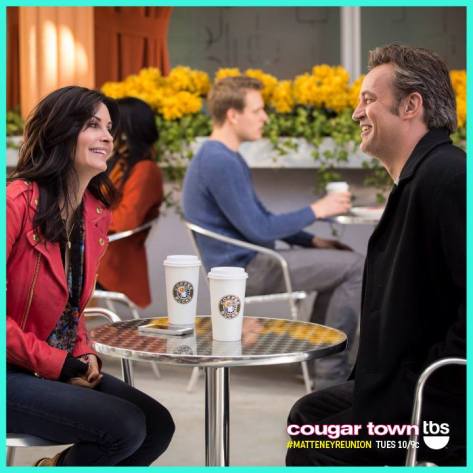 Former FRIENDS co-stars Matthew Perry and Courteney Cox appear together on screen again in next weeks all new Cougar Town! 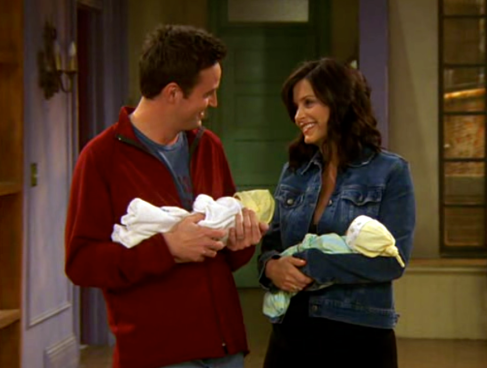 Chandler and Monica Bing back on screen and in the same show?  Again?!  Yes it’s true!  Just month’s after Courteney Cox appeared on Matthew Perry’s now cancelled Go On, it’s been announced Perry will be returning the favour with a guest gig in Cox’s comedy Cougar Town during it’s fifth season!

More details about the mini FRIENDS reunion are still to come, but Perry is not the first former co-star to appear on Cougar Town. Both Jennifer Aniston and Lisa Kudrow have guested in earlier seasons and it seems the act of mixing it up on each other’s show is not lost with these FRIENDS.  Courteney and David Schwimmer have both also appeared on Lisa Kudrow’s very funny Web Therapy and before Cougar Town, Jennifer popped up in Courteney’s tabloid drama Dirt.

Cougar Town returns to US screens on Jan 7th at 10pm on TBS! 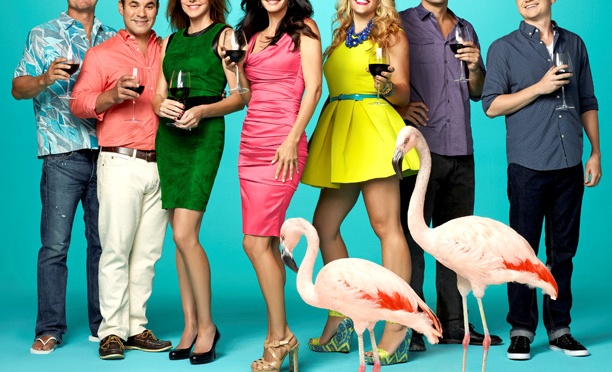 Oh yeah!  It’s time to break out the oversized drinking vases and fill em’ high with your best red as TBS have announced that Cougar Town (why that name?!) will be back with an all-new season 5 on January 7th!

I can’t say when Channel 7 plan to air the show…we were lucky enough to get most of season 4 at like, 11pm on Thursday nights…that said, I suppose we should be oh-so-grateful it aired at all here.

Anyways, don’t listen to what the cul-de-sac crew ask you to do in the exclusive clip from EW.com.  I say don’t wait until Jan 7th, instead, drink everyday up-to and including Jan 7th to celebrate!