I HATE this time of year.  Hate it.  It’s here when the networks in America announce their cancellations and show renewals and without failure, there’s always a handful of shows that i’m loving that don’t get to see another season but among the chaos is a shining light when something you imagined would be gone for good miraculously returns.

So what’s coming back and what’s not?

How to Get Away with Murder (ABC):  Season 2

The Mindy Project (Fox): Cancelled (though Hulu may pick it up)

What will I miss? Of all the shows to be cancelled, Stalker is the one that hit me hard.  We loved that show in this household and that season 1 cliff-hanger…shame we’ll never know what happened!  Same with The Following.  It’s a frustrating show to watch, but enjoyable nonetheless.

What are you sad to see go, what are you glad to see stick around?  Sound off in the comments below!

You know its been almost 6 months since season one of USA’s Playing House ended it’s first season run and until now, there had been no news, yes NO news, on whether or not our sassy and brassy friends and housemates Emma Crawford (Jessica St. Clair) and Maggie Caruso (Lennon Parham)  were going to be gracing our screens again.

In a Christmas miracle, USA network announced Playing House will in fact be returning for an 8 episode run season 2 in 2015!

And we all cheered and clapped and drank wine and smiled!

The well received, but low rated comedy is only one of three scripted comedies to remain on the network after it ‘cleaned house’ of original scripted comedies.  The news of the show’s renewal comes on the back of the networks new approach to television in 2015 which will see USA focus on VOD (Video on demand) platforms first then air it on television, a move which, it seems, saved Playing House.  The show is being used a guinea pig  to test how VOD views affect live to air ratings.

VOD, Guinea pigs, cleaning house….I don’t care as it means we get our girls back for another 8 episodes of crazy!  And if Lennon and Jessica were to ever read this…..please bring back Bird Bones! 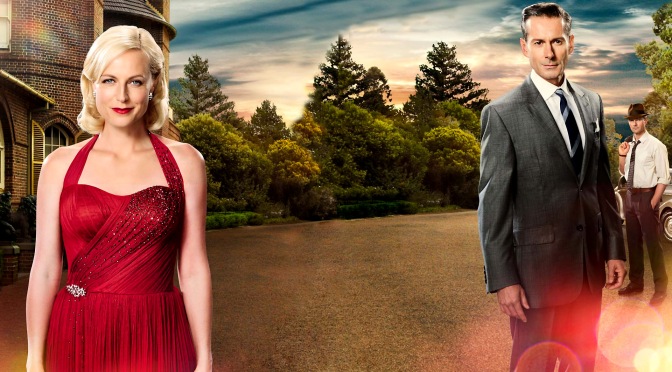 Fans wanted it and now fans are getting it.  Axed channel 7 drama A Place to Call Home, which was suddenly cancelled after just one and a half seasons is back, but this time, on PayTV.

Foxtel, in a deal with Channel 7, are resurrecting the popular cancelled drama for at least a further two seasons after hearing the cries from fans annoyed at the shows cancellation.  While the show was a hit for the network, production costs saw Channel 7 make the decision not to continue with the show, much to the dismay of fans.

Foxtel executive director of television, Brian Walsh, said in a statement today: “A Place to Call Home is Australia’s most loved drama series and has captured the hearts of millions of fans across the country. We are proud to partner with the Seven Network on this landmark deal and ensure that audiences can continue to enjoy this beautifully crafted and elegantly produced series for a further two seasons.

“The Seven Network has produced Australian television’s most successful drama series of all time and we are delighted to partner with the highly experienced creative team at Seven, who will now work their magic for Foxtel subscribers.”

Fans will also be happy to hear that series originals Marta Dusseldorp, Noni Hazlehurst, Brett Climo and Craig Hall will all returning to the new series!

A Place to Call Home is expected to return to our screens sometime in 2015 on the SoHo Channel via Foxtel.

Just before season 5 begins (there’s now less than an hour to the premiere) ABC Family have given their crazily popular teen drama the networks first ever multi-season pick-up announcing that Pretty Little Liars will be back for a sixth and seventh season which will see the show on our screens in 2016.

The show, which stars Troian Bellisario, Ashley Benson, Tyler Blackburn, Lucy Hale, Ian Harding, Laura Leighton, Shay Mitchell, Janel Parrish and Sasha Pieterse has been the networks number one series in total viewers and holds the record as the most-tweeted scripted series telecast of all time, it has generated the highest average number of tweets per episode (675,000) of any TV series during the 2013-2014 broadcast season.

Season 5 begins shortly (in the USA) and picks up right where season 4 left off with Ezra suffering a gun shot wound by A and Alison rejoining the girls while her mother was being buried alive.

Season 5 begins in Australia, Friday the 13th on FOX8.

It’s time of the year where I moan and groan about losing some of my ‘must watch’ shows while being thankful others on the list live to see another season.

Yes, the US Upfronts are here and already, I’ve suffered one serious tragedy.  ABC held their Upfronts yesterday and one notable standout on the cancelled list was freshman comedy Trophy Wife starring Malin Ackerman and Bradley Whitford.

Trophy Wife, like Cougar Town, suffered from ‘bad title’ syndrome which is great show, very funny, bad title and just like Cougar Town, ABC swept the comedy into the trash (perhaps TBS should pick this one up too?)

While ABC won’t officially unveil their new fall season until the 13th, what can we expect from the network with their pick-ups, renewals and cancellations so far?

Renewed – Grey’s Anatomy, Scandal, Revenge, Once Upon a Time, Castle, Marvel Agents of SHIELD, Modern Family, The Goldbergs and Resurrection.

How to get away with murder – New drama by Shonda Rhimes

Secrets and Lies – US remake of the Aussie drama starring Ryan Phillippe.