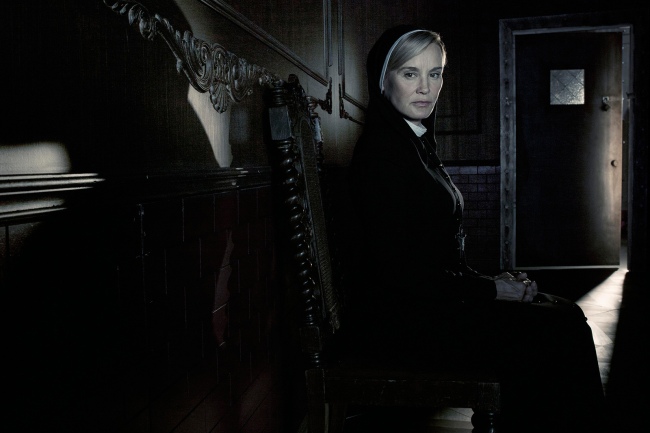 With American Horror Story: Coven about to wrap up it’s phenomenal season (seriously, this should have been made into a regular series!) co-creator Ryan Murphy (Glee) has let loose on some details of what to expect for the show’s fourth season.

First up, Jessica Lange will be back!  It was noted late last year that Coven would be her last with the franchise but Murphy confirmed that Lange will indeed be back along with the news that Angela Bassett and Kathy Bates (both whom are new comers to the AHS series)  have been approached to return too.

Keep an eye out for little hints sprinkled about the final few episodes of Coven that will reference to where season 4 will be going.  Says Murphy “It’s set in 1950, if you look historically what happened in the year 1950, there’s some more clues in that year. It’s a period piece. We try and do the opposite of what we’ve done before. Jessica Lange has already started practicing her German accent so I’m very excited!”

The 1950’s setting and German accent has fans speculating that series four will take place around the Cold War which took place right after World War II and lasted for most of the 20th century.

This season of AHS has proved to be the most popular yet, pulling in just under 8 million American viewers weekly (up 83% in total viewers over season 2!)