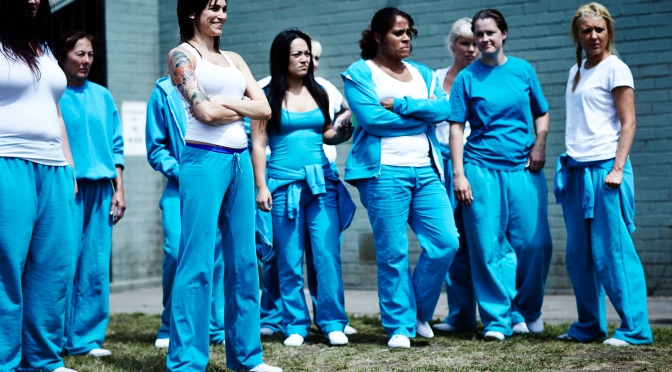 It’s been a looooooooong wait for details about Wentworth’s highly anticipated second season and finally, SoHo has given us some treats about what to expect for the upcoming season of the prison drama.

What we know is that it’s been three months since Bea (Danielle Cormack) killed Jacs (Kris McQuade) in retailliation for the death of her teenage daughter.  Erica’s (Leeanna Walsman) hold over the prison is sitting on shaky ground which leaves room for a new governor to take control.  Enter Joan ‘The Freak’ Fergusson (brilliant casting of Pamela Rabe) who see’s that Bea could be the perfect person to mould into becoming top dog in the prison that she could control.

But Bea has other plans as she vows to avenge her daughter’s murder. How does someone locked up in a prison achieve such a seemingly impossible ambition? Season two charts her quest and Bea will be forced to use every ounce of her courage, ingenuity and steely determination.

Around her, the members of Bea’s prison ‘family’ all face challenges of their own and no one should underestimate the lengths to which the psychopathic Ferguson will go to establish control. How does she become “The Freak”?

Take a look at the season two first look trailer below: