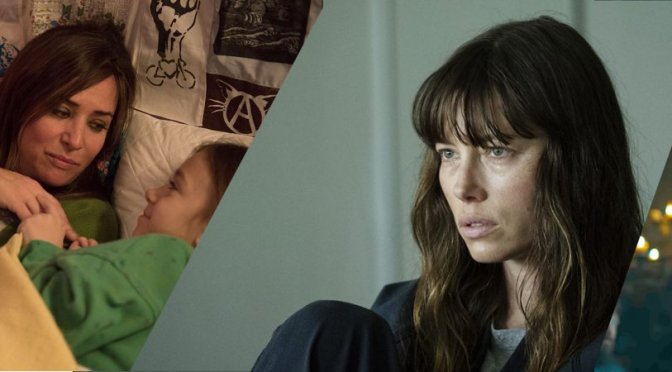 The annual list is back again for another year – the list that only begins to take any real form or shape late in the year once the influx of shows, new and old, have made their way into our homes.

Last years list saw eight of the twelve classed as “new entries” and this year is no different with only two shows managing to hold onto a spot within the coveted top twelve.

That said, if the list went longer than the specific twelve, I don’t know where I could actually stop and find an appropriate cut meaning some shows such as The Walking Dead, American Housewife and Wentworth become glaringly absent.

Season Three has the Rose’s being contempt with life in Schitt’s Creek – Moira (Catherine O’Hara) has cemented her position on town council, Alexis (Annie Murphy) completes her high school education and David (Dan Levy) opens up his own ’boutique’ store.  Another fantastic season filled with gif worthy quotes.

Laurel (Karla Souza) is trying to solve Wes’ (Alfred Enoch) murder while the rest of the scooby gang have moved, trying to rescue their fledgling legal careers after Annalise (Viola Davis) fired everyone including Bonnie (Liza Wiel).  The mid season finale with heavily pregnant (and bleeding) Laurel trapped in an elevator was one of the most horrifying and traumatizing scenes on television this season.

Absent from last years list thanks to a year long absence (Thanks USA Network – wtf?!) Playing House’s third and sadly final season continued along with the shows much loved theme of two best friends being there for one another no matter the circumstance.  Emma’s (Jessica St.Clair) brush with breast cancer was highly emotional along with Maggie’s (Lennon Parham) attempt to dive back into the dating pool.  A wonderful comedy ending on a seriously hilarious high.

The ‘whydunit’ of the year became a surprise hit thanks to stellar performances by leads Jessica Biel and Bill Pullman and the power of word-of-mouth.  A graphic murder, memory loss, sickness and bad memories all play out over eight incredible episodes as we find out why Cora committed murder.

The final season of the sci-fi/clone drama saw the clones pulled apart in an attempt to finally put an end to the Dyad/Castor/Brightborn saga that has played out over the past four seasons.  A surprise return in favorite Delphine (Évelyne Brochu) made many fans happy while star Tatiana Maslany continued to shine in her ability to portray multiple, layered, characters.

In all honesty, it’s been some time since I have been ‘really’ excited about an episode of Grey’s but the series’ 14th season (currently on a mid season break) has seen a return to form with many characters and their multi-season story arcs all culminating into this fantastic season.  Owen’s (Kevin McKidd) long thought dead sister reappears, Meredith (Ellen Pompeo) wins the long mentioned Harper Avery award and the shows 300th episode brought glimpses of past favorites such as Christina (Sandra Oh), George (T.R Knight) and Izzy (Katherine Heigl) in the form of look-a-likes.

It has been some time since a “Trek” series was on television (12 years to be precise) and the CBS All Access/Netflix outing is a sleek, flashy, violent and welcome addition to the franchise that, unlike previous Treks, sets its sights firmly on the theme of war against an uprising band of Klingons.  Discovery offers up a perfect mix of battle seriousness and somewhat-kooky characters that the Star Trek series has been known for.

Winter is coming, that’s for sure.  A gigantic season that brought about a tense meeting between Cersei (Lena Headey) and Daenerys (Emilia Clarke), the death of Littlefinger (Aiden Gillen), Arya (Maisie Williams) back home to Winterfell, the truth about Jon Snow’s (Kit Harrington) heritage and the white walkers to the north’s door.

The sixth episode of Better Things’ second season titled Eulogy might just be one of the best episodes of television aired this year and is why it sits number four on this list.  While Sam (Pamela Adlon) was actually quite annoying to watch in this series’ first half (I found her to be quite aggressive and selfish, especially when it came to dating) all that was wiped away with one single heartwarming (and affirming) episode in which Sam, frustrated with her children’s lack of interest in her acting career, forces them to perform a fake eulogy at her fake funeral.

This episode was also the last work for late actor Robert Michael Morris who passed in May this year – his scene with Sam in the bar truly encapsulated a heart weary man who missed out on the best years of his life with one single line “Nobody could be gay until I was too old to have any fun.”

It’s like there wasn’t almost a 20 year break between seasons.  That’s how good Will and Grace’s long wanted return to TV has been.  On point with cutting remarks on quips on current day politics, technology and pop culture, the gay old gang are proving they still have the goods they had many moons ago.

A season that consisted of eight episodes that moved so slowly yet managed to tell so much with each and every episode, Big Little Lies featured an all-star cast including Nicole Kidman, Reece Witherspoon and Alexander Skarsgård and kept us guessing about the big “what happened” and “Whodunit” right up until the final moments.  Good news too – Season two is in the works with Kidman and Witherspoon back for more lies!

Crass, rude, violent, bloody, crazy – there’s no one real word to describe The Mick to really hammer in just how un-sitcom this show is other than it’s funny as all get-out.  Saddled with looking after her sisters three children, hustler Mickey (Kaitlin Olson) finds herself adapting to sudden parenthood and living the high life in their mansion all the while trying to not loose her rough and tumble past.