The twins (Alisa and Lysandra) are not on a good run at the moment. Unfairly savaged by the judges for their bathroom (what’s up with Shaynna Blaze and her rages at the moment?) and builder tantrums have left the girls in a spot of bother.  Now, polished concrete floors have set off a new chain of events.

Boring right?  Well not so much.  Floors are causing all kinds of trouble in this season of The Block Fans versus Favorites with fan team Brad and Dale deciding to opt with polished concrete floors throughout their lower floor kitchen and living areas, allowing them to get ‘an advantage’ in ensuring their floors are completed by the time work on their room begins.

This head-start isn’t sitting so well with the other teams led by twins Alisa and Lysandra, making it no secret, they are less than pleased with the progress allowed.

Sure, at first, things seemed ok between the teams.  Foreman Keith explained that pouring a concrete slab, allowing it to dry, and grinding it to a polish takes much longer than The Block allows, so he’d granted the boys special permission to start earlier than they otherwise would have, but by the time kitchen week began, those ‘ok’ moods quickly changed.

With the lower kitchen and living area’s combined in a massive open space, those teams opting with floorboards or tiles have been ordered to only batten out their floors as far as the kitchen perimeters and no further, leaving all other teams to question why they aren’t even allowed to at least batten out their entire lower area to even out the playing field.

“The fact they [Brad and Dale] have their sander out doing their kitchen, doing their lounge room, that’s progressing to me,” says a very annoyed Alisa.

Cue an on-the-spot meeting, to which Brad and Dale basically go “na na na, we were smart enough to go with polished concrete”  or  as Dale put it, “They are jealous. They had the idea but they didn’t follow through with it. They say it’s a problem of us jumping ahead but it’s not.”  Everyone else argues in disgust and Keith finally puts his foot down regarding the final decision on the floors.

So now the question begs, why couldn’t the other teams at least batten out their floors to level out the playing field by the time the lower living areas are started?

Well, as it turns out, while the boys have been granted permission to lay the concrete and grind it out across the entire lower level, according the Brad, “We can only buff and polish the sections that fall within that week … we’re not getting an advantage.”

You know with Alisa and Lysandra on the case, this won’t be the last we’ll hear about the flooring advantage.

My love/hate relationship with Chantelle flared again last night when in a mad dash to find over-sized curtains for the guest bedroom, saw Chantelle head to Spotlight.

For curtains in a million dollar apartment. 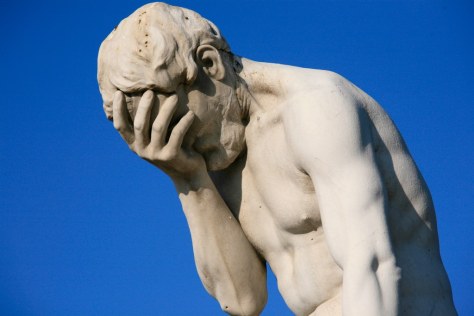 I wouldn’t be surprised if Chantelle ended up in her own show on ARENA about million dollar apartment decorating on a $300 budget.  Would sit nicely right after Million Dollar Listing.

Meanwhile, Keith the Blockinator spent most of the episode wandering around in a daze asking for “plumbing Plans” He needs them and needed them yesterday.  Apparently he’s given all the couples more time than they really needed to design the entire plumbing and electricity layout for their apartments and he needs those “plumbing plans”

Kyal and Kara, with added halos, get their plans in, Dale and Brad the same.  Chantelle, who like me, has no idea which way is up and which way is down on a set of housing plans ended up with a big bowl of vomit on hers while the twins finally came through with theirs and judging by what they offered up to Keith, their third level terrace looks like it’s going to slay.

Party at the twins when this is all done.

Speaking of the twins, you know it’s not going to end well when tradies working on your apartment start arguing between themselves.  Seems like the plumber was getting all up in the Greg the builders grill and Greg ain’t got time for that.