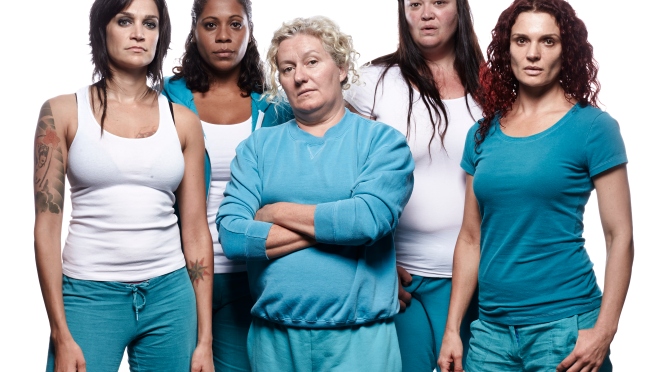 Push our buttons why don’t you SoHo!  Yesterday, via the SoHo Channel Facebook page, a small and soundless snippet of a trailer was posted with the words

“Your patience has been rewarded…
Wentworth Season 4 – COMING IN MAY!
#Wentworth #Season4 #SoHoTVAU #Foxtel“

That’s it.  Nothing more and nothing less.  Not even an exact date in May!!!  As we’re now in mid March, this is the longest we’ve ever had to wait for any information on the upcoming season of Wentworth (bypassing the new cast members) and this snippet is sure not to be the last before the May premiere date.

So now it’s a waiting game as SoHo relentlessly tease us with these meager flecks of information!

Are you excited for the new season of Wentworth?!  Sound off in the comments above!

One thing is for sure, Wentworth, the top-notch Aussie based prison drama from Foxtel’s SoHo channel, sure know how to keep fans waiting!  While seasons three 2015 premiere date was revealed on Christmas day 2014, the only information us eager fans have been treated to is the casting of Bernard Curry as corrections officer Jake Stewart, Kate Jenkinson as new inmate Allie Novak and Sigrid Thornton as inmate Sonia Stevens.

But, is it possible we’ve finally been given the news we’ve all been waiting for?

Wentworth’s official twitter page has been oddly dormant since Jan 12th, Foxtel’s have been very silent on anything Wentworth and SoHo’s is the same applies to all three’s other social media accounts including Facebook pages.  Wentworth star Danielle Cormack though posted to her Instagram account attempting to set the record straight on the date

The 25. 04. 2016 date falls into line with Wentworth’s usual premiere dates for an April start, so until official word comes through, as per usual, it’s a waiting game for us all!