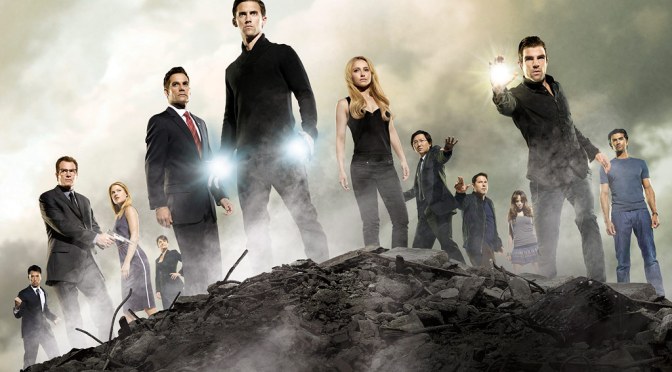 Four years after its original cancellation, superhero drama Heroes is set to make a comeback in 2015.

Heroes Reborn will be a 13 part mini series set to air in 2015 with show creator Tim Kring on board (Kring currently has another high profile series Dig currently in production for USA Network).

NBC teased viewers with a brief spot during it’s winter Olympics coverage on Saturday night (US time) with plans to bring in a digital tie-in series ahead of the 2015 premiere date that introduce new characters and a new storyline.

Details remain slim at the moment as no plot details for Heroes Reborn have been revealed and no word on any original cast members coming back though Heroes Reborn is being described as a stand alone story arc for the show.

The original series ran from 2006 – 2010 and helped launch the careers of Zachary Quinto (Star Trek movies) and Hayden Panettiere (Nashville) among others and followed the lives of everyday people living with extra ordinary powers.  While ratings held strong for Heroes onset, the show began to dwindle in viewers towards the end of the shows run before being cancelled in 2010.

Tapping into the popular superhero genre, Heroes Reborn will join ABC’s Marvel’s Agents of SHIELD and a new series adaption on the DC comic Constantine series.

“The enormous impact Heroes had on the television landscape when it first launched in 2006 was eye-opening,” said NBC Entertainment  president Jennifer Salke. “Shows with that kind of resonance don’t come around often and we thought it was time for another installment. We’re thrilled that visionary creator Tim Kring was as excited about jumping back into this show as we were and we look forward to all the new textures and layers Tim plans to add to his original concept. Until we get closer to air in 2015, the show will be appropriately shrouded in secrecy, but we won’t rule out the possibility of some of the show’s original cast members popping back in.”

Check out the promo spot below:

Heroes Reborn is due for a 2015 premiere in the USA on NBC.