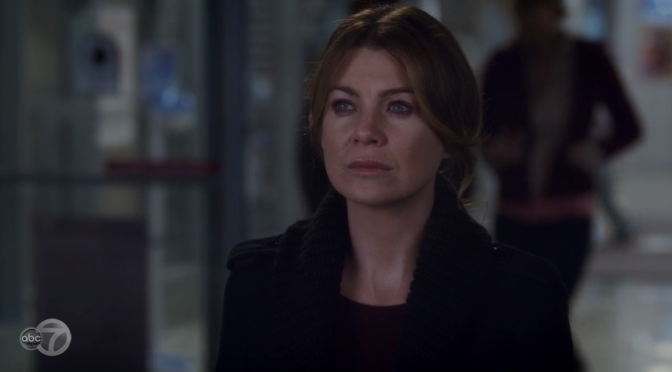 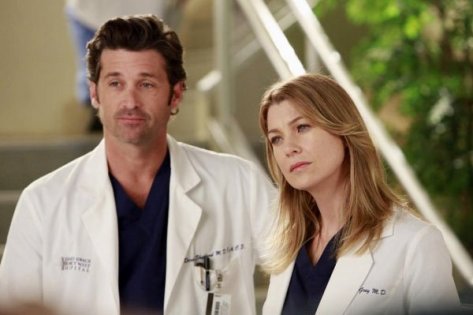 Coming off the big shock of that Derek Shepherd (Patrick Dempsey) death and the following two hour farewell special, there seems to be a general consensus among GA fans that is hovering around the “does Shonda Rhimes hate us?” mark.

It’s a pretty fair question to ask at this point in the series.

Derek’s death was a complete surprise to everyone and we all cried along with Meredith (Ellen Pompeo) as she struggled to not only come to terms with what happened but to also turn off his life support.  Through our tears we were wondering if Rhimes had gone mad by choosing to kill off one of the shows most beloved characters and to this date, neither Dempsey nor anyone from GA is opting to let us in on what went down that led to this death.

That drama aside, Meredith turning off Derek’s life support – while heart-wrenching to watch – was done tastefully and left us all assuming a massive Derek funeral/look back episode would be following.  Would Cristina (Sandra Oh) return from Zurich to be with ‘her person’?  Would Addison (Kate Walsh) return from where ever she is now to mourn the death of her ex husband?  Would Derek’s sister Nancy (Embeth Davidtz) and Liz (Neve Campbell) return to say goodbye to their brother?  Would we get to watch Bailey (Chandra Wilson) and Alex (Justin Chambers) and Callie (Sara Ramirez) all offer touching memories during his wake?

The episode following Derek’s death (S11E22) was a two hour kick in the teeth for Greys fans all around the world, that have stuck with the show through all eleven seasons.  Instead of a touching memorial to a beloved character, we got two hours of a complete mess that involved Meredith disappearing and watching her have multiple flashbacks to a flashback we’ve already seen her have, Amelia (Caterina Scorsone) shutting off and ignoring her brothers death, Owen (Kevin McKidd) and April (Sarah Drew) enlisting in the army (wtf?!), a story between two burn victims, Webber attempt to propose to Catherine (Debbie Allen), Bailey and Ben (Jason George) have sexy times whilst discussing life support and suddenly we’ve traveled forward almost a year where Mere gives birth…

#GreysAnatomy Wastes No Time Moving on After Derek's Death http://t.co/mzeL6xznL6

Raise your hand if you hate this episode of Grey's? 🙋🏼#GreysAnatomy

Shonda if you were tired of doing #GreysAnatomy you could've ended it in a way respectful to the fans & characters. This is absolute crap.

I get the need for Mere to have those carousel-mother committing suicide-mother isn’t happy flashbacks (parallel to her life), I can understand the burn victims story-line (the show must go on), I get why Bailey felt the need to talk about switching off the plug (she makes everything about her) but what I don’t get is Rhimes’ complete lack of acknowledgement to long-time fans thinking we’d get a half decent farewell to a character we’ve lived with for over a decade.

Is this the turning point for Greys where it’s time to unplug the show from it’s own life support?  How many fans will now happily put their hand up to do the task?  I’m pissed off (rightfully so) but I’ll still watch.  It’s what we Greys fans do.  If we can survive Lexie (Chyler Leigh) and Marks (Eric Dane) death, then we can survive this.